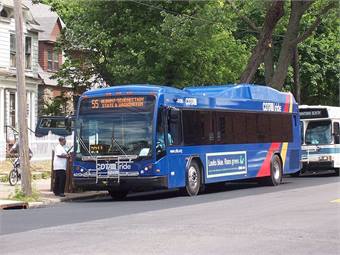 Albany, N.Y.-based Capital District Transportation Authority (CDTA) board of directors approved a resolution to contract with SPX Genfare to provide an upgraded fare collection system. The resolution also includes a contract for equipment and services for the New Fare Collection System (NFCS).

SPX Genfare has successfully advanced CDTA’s fare collection systems since the early 1990s when “Swipers” were introduced and supported a major upgrade to fareboxes in 2003.

Customers will be able to buy fares on their mobile devices and display their payment on screen for validation via a contactless media reader on the bus. For those that choose to use them, it will mean faster boarding times and more flexible payment options for both regular and occasional riders.

The base system is expected to be complete by fall of 2015 with options added on afterward, which will be largely determined by customer feedback. The fare collection system includes a number of innovative features, as well as improvements to CDTA’s business operations. Customer features capable of being incorporated include: