Close
Recruiting, hiring, and retaining drivers and containing soaring costs continue to be the biggest challenges facing motorcoach operations today, according to respondents to this year’s METRO Motorcoach Survey. Participants range from operations with as many as 618 motorcoaches to as little as two, while also capturing operations that perform a broader range of services.

To address growing costs, operators are looking for ways to increase operational efficiencies, better monitor expenses, prudently raise prices, and increase utilization, especially during winter months. Interestingly, those rising costs are sometimes associated with efforts to recruit new drivers, with many operators saying they are paying more to market and advertise for their open positions, or even create or expand Human Resources divisions or implement a CDL training department.While cost is the top issue outside of the driver problem, reported by 39% of respondents, other issues facing operations throughout North America include staying busy year-round, finding maintenance personnel, and inspections/governmental compliance.

Many operations specifically cited the rising cost of insurance and its impact on operating a financially sound business. To address this, respondents are increasing driver training programs, shopping for lower rates, and looking for ways to reduce loss ratios.

Another growing issue mentioned in this year’s survey is the difficulty in finding trained maintenance personnel. Ways operations have been trying to fill this void include increased recruiting efforts, particularly looking beyond just those with bus experience, and training current staff to diagnose and fix issues. 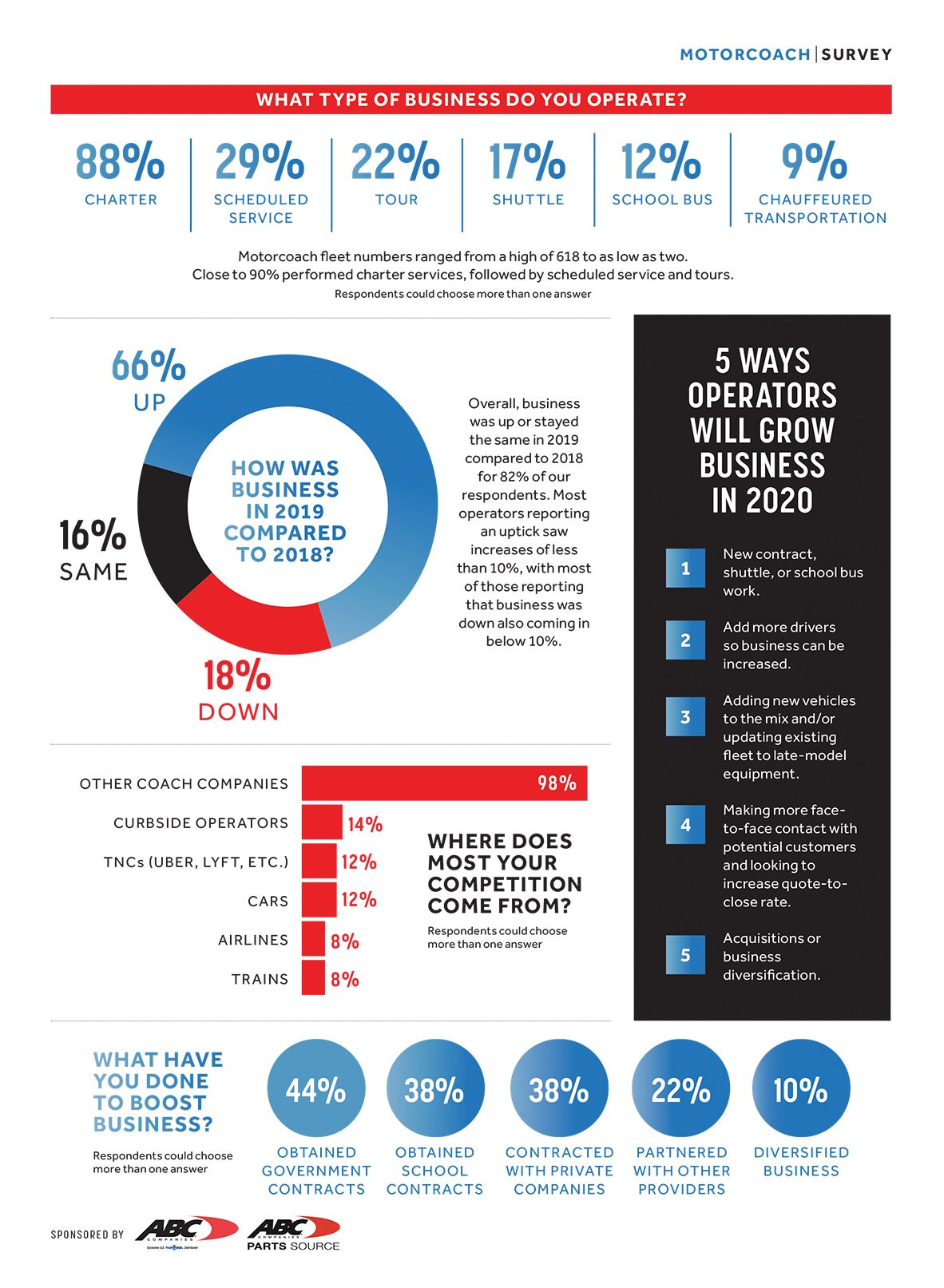 Business strategies
Overall, 82% of operators around the U.S. and parts of Canada reported business was either up or even in 2019, compared to the year previous. 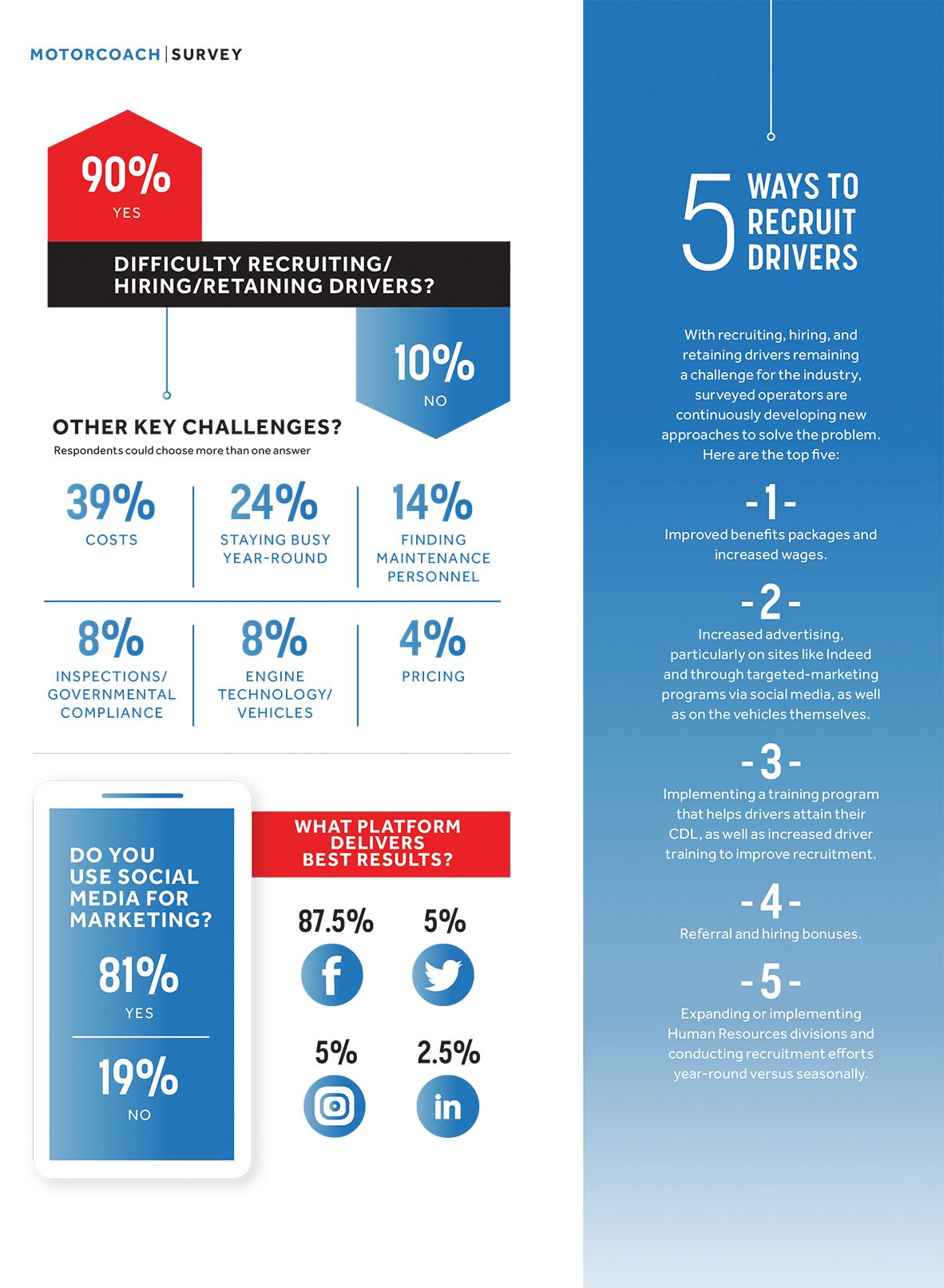 Increased tour offeringsInnovations recently implemented by respondents that helped them grow business in 2019, increase safety or efficiencies, or improve the customer experience included:

Survey respondents plan on purchasing both new and used vehicles in 2020, with 24% reporting that those plans are firm, with predominant brands being ABC/Van Hool, MCI, Prevost, and Temsa.

Finally, 69% of operators reported providing additional training for drivers outside of new-hire and refresher courses, with customer service being the key focus, followed by increased safety, ELD and other technologies, ADA, problem-solving, and compliance training.

METRO would like to thank all the motorcoach operators in the U.S. and Canada who responded to this year’s survey. If your operation would like to participate, or if you have suggestions, please contact us at info@metro-magazine.com.