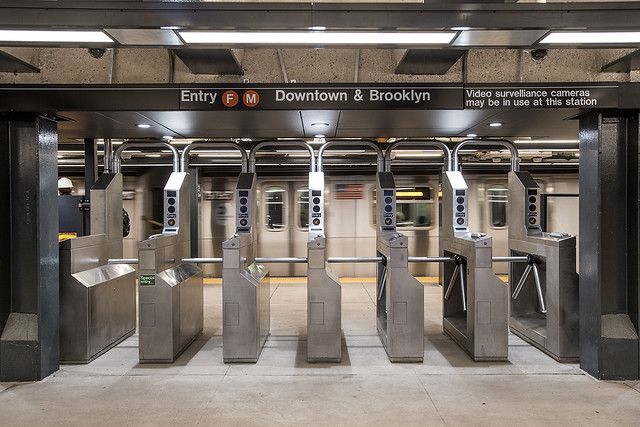 Between October 2017 and June 2019, black and Hispanic New Yorkers received almost 70% of all civil summonses for fare evasion, according to recent data.

New York Attorney General Letitia James announced she is launching an investigation into whether the New York City Police Department (NYPD) has been targeting communities of color through its enforcement of the “theft of services” law and the Metropolitan Transit Authority’s (MTA) ‘fare evasion’ regulations.

In a letter to NYPD Police Commissioner Dermot Shea, Attorney General James requests fare evasion data and other information that may shine a light on whether officers have exhibited racial biases or engaged in discriminatory practices in their enforcement of these laws and regulations at subway stations throughout the city.

RELATED: Agencies must step up to achieve transportation equity

“We’ve all read the stories and seen the disturbing videos of men, women, and children being harassed, dragged away, and arrested by officers in our city’s subway system, which is why we are launching an investigation into this deeply troublesome conduct,” said Attorney General James in a statement. “If groups of New Yorkers have been unfairly targeted because of the color of their skin, my office will not hesitate to take legal action."

Current and former NYPD officers have recently alleged in sworn statements that — through at least 2015 — the NYPD had an unofficial policy of targeting black and Hispanic people for fare evasion and other low-level violations in the city’s subway system. But newly-published data indicates that this alleged policy may still continue today. Between October 2017 and June 2019, black and Hispanic New Yorkers received almost 70-percent of all civil summonses for fare evasion, even though they only account for slightly more than half of the city’s population. During that same period, they made up nearly 90-percent of arrests for fare evasion.

In her letter to Commissioner Shea, Attorney General James requests information detailing, but not limited to:

Ken Lovett, a senior adviser to MTA chairman Pat Foye, said in a statement that all customers "are entitled to fair and equal treatment under the law."

"Fare evasion is a $300 million annual problem that should be addressed in a way that does not unjustly target any specific group or community," Lovett said. "We are committed to assisting the attorney general with her inquiry in any way we can."

This Office of the New York State Attorney General has previously reviewed practices related to biases at the NYPD. In 2000, the office issued a report on the NYPD’s use of stop-and-frisk and issued a supplemental report in 2013 after a court found evidence of biased policing.