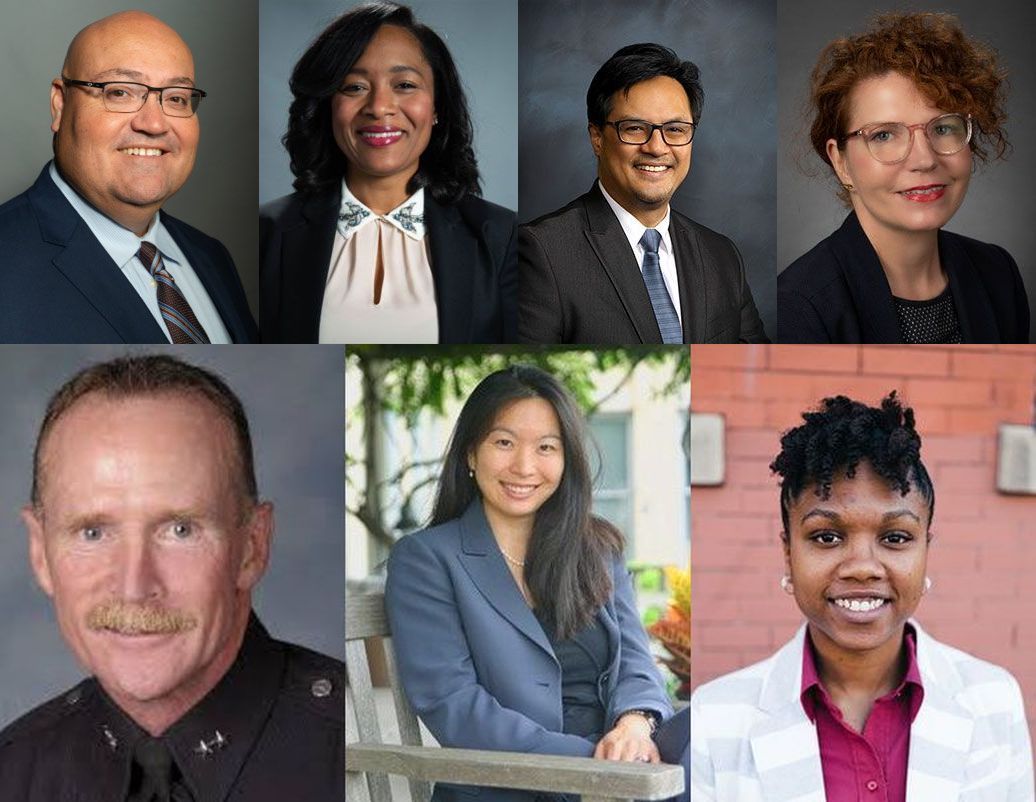 Seven new executives have been hired to oversee existing areas including system security and law enforcement, ethics, auditing, risk management and sustainability as well as a new initiative for equity and race.

Green brings with him 40 years of extensive background in law enforcement leadership, executive management and investigative experience with the Los Angeles Police Department. Green has a wide-ranging background in special operations, including Narcotics, SWAT, Canine Unit, Underwater Dive Unit, Bomb Squad and as a pilot at Air Support Division. Robert also served as the Deputy Chief during the establishment of a new Transit Services Bureau in the LAPD. Most recently, he has served as the Deputy Chief, Chief of Staff to the LAPD Chief. Green will begin his Metro duties on March 1.

Morgan Kim has more than 18 years of legal, compliance and ethics experience. Most recently, she served as the Chief Ethics and Compliance Officer at Florida Atlantic University where she developed the first University-wide Compliance and Ethics Program. She has served as the Deputy Inspector General and General Counsel for the U.S. Department of Commerce, Office of the Inspector General. Her diverse experience building and managing compliance and ethics programs, including developing policies and procedures will contribute to the overall success of the implementation and execution of Metro’s Ethics Programs.

KeAndra D. Cylear Dodds has been appointed to Executive Officer, Equity and Race.

Cylear Dodds has over a decade of progressive experience, at all levels of government, developing and enforcing housing, land use and transportation policy and supporting equitable, inclusive and sustainable development. She has also led inter-agency work groups and diverse community coalitions in the advancement of equitable policy. Most recently, she served as the Manager, Preservation and Home Ownership Programs at the Los Angeles County Development Authority where she facilitated the development of several county tenant protection initiatives and contributed to the development of anti-discrimination and anti-displacement policies and programs. She has been actively involved in many important county initiatives, including Measure M, Measure H, Metro’s Transit Oriented Communities policy and Metro’s Equity Platform.

RELATED: How to attract, retain women in transportation industry

Hernandez is an experienced Risk Management and Compliance professional with over 27 years of experience in both public and private agencies. Hernandez has demonstrated continual expertise in performing high-level risk assessments, leading motivated and productive teams, and driving policy development and implementation while managing the compliance program. He has demonstrated success in overseeing strategic business planning and implementation, along with his extensive education and training in public policy, local government law and labor relations positions. Most recently, Hernandez has been the Managing Director/Risk Consultant for a workers' compensation defense law firm where he managed three offices.

Shalonda Baldwin has been appointed to Interim Chief Auditor.

Baldwin comes to the position as an experienced transportation leader who began her public sector career in the San Francisco mayoral administrations of Willie L. Brown, Jr. and Gavin Newsom. She was then recruited by the San Francisco Municipal Transportation Agency to serve on its Operations leadership team. At Metro she has guided innovative first-ever programs such as the Pilot Business Interruption Fund, Crenshaw/LAX Business Solution Center, the Workforce Initiative-Now Los Angeles (WIN-LA), and Project Labor Agreement/Construction Careers Policy.

Cris Liban has been appointed to Chief Sustainability Officer.

Repenning has been a leader in local government for almost two decades with a focus on creating sustainable communities. Heather is a former Vice President of the City of Los Angeles Board of Public Works, overseeing the Department of Public Works’ management of solid resources, wastewater, stormwater, urban canopy, streets and design and construction of public facilities. Repenning previously served as Director of External Affairs for L.A. City Mayor Eric Garcetti, directing intergovernmental and community advocacy for the city of Los Angeles.