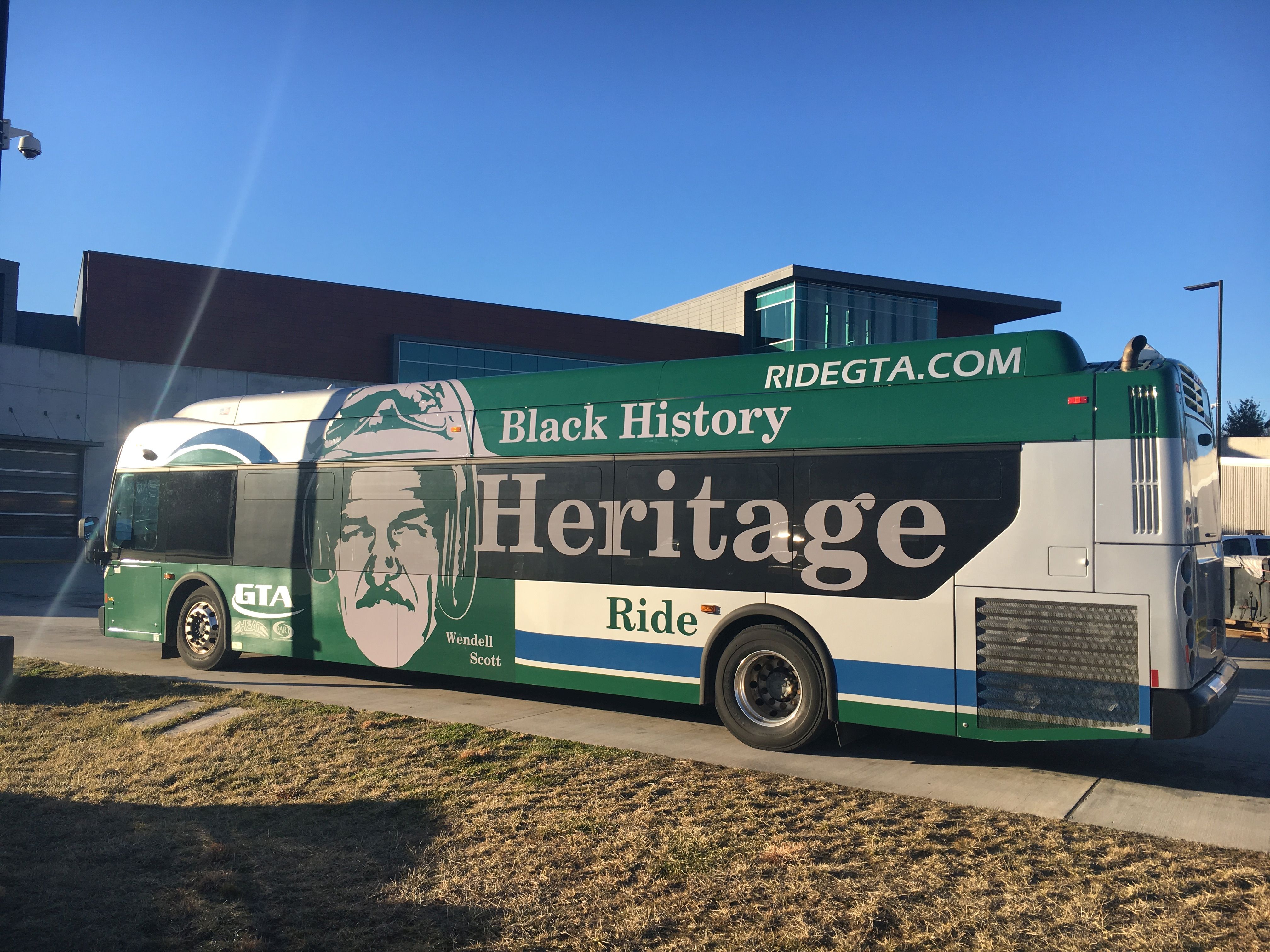 N.C.-based Greensboro Transit Agency announced the return of the Black History Heritage Ride for Black History Month 2020. First launched is 2017, the custom-decaled bus continues to familiarize riders and the general community with the accomplishments and contributions made by African-Americans and their advocates.

A ride on the bus provides a visual history of people, places and moments that have benefitted the Black community and the American populace. New additions to the 2020 edition include Rodeo Hall of Famer Bill Pickett, First Lady Eleanor Roosevelt and the cities of Durham, N.C. and Philadelphia.

In addition to experiencing the Heritage Ride displays during normal operating service, the “Ride with Pride” will visit Greensboro middle schools by request. Children in grades 6 to 8 can board the bus to view the diverse images and take a brief ride as they learn about public transportation and how it has played a strategic role in civil rights locally and nationally.

Other agencies commemorating Black History Month include Ky's Lextran. The agency is paying tribute by reserving a seat on each bus honoring Rosa Parks from Monday, February 3 through Friday, February 7.

The reserved seats feature a poster with a picture of Parks as well as a QR code, courtesy of the Lexington Public Library, which will direct riders to adult, young adult, and children’s books about Parks. The poster also includes a brief explanation of the reserved seat.

“The courage Rosa Parks exhibited that day reminds us that public transit is for everyone,” said Carrie Butler, Lextran GM. “In reserving a seat for her, we honor her bravery and convictions.”

In December of 1955, Rosa Parks famously refused to give up her bus seat to a white man on her commute home. Her actions sparked a bus boycott, the civil rights movement, and ultimately resulted in the end of segregation on public transit.

Parks passed in 2005. She would have been 107 on her birthday this year, Tuesday February 4.