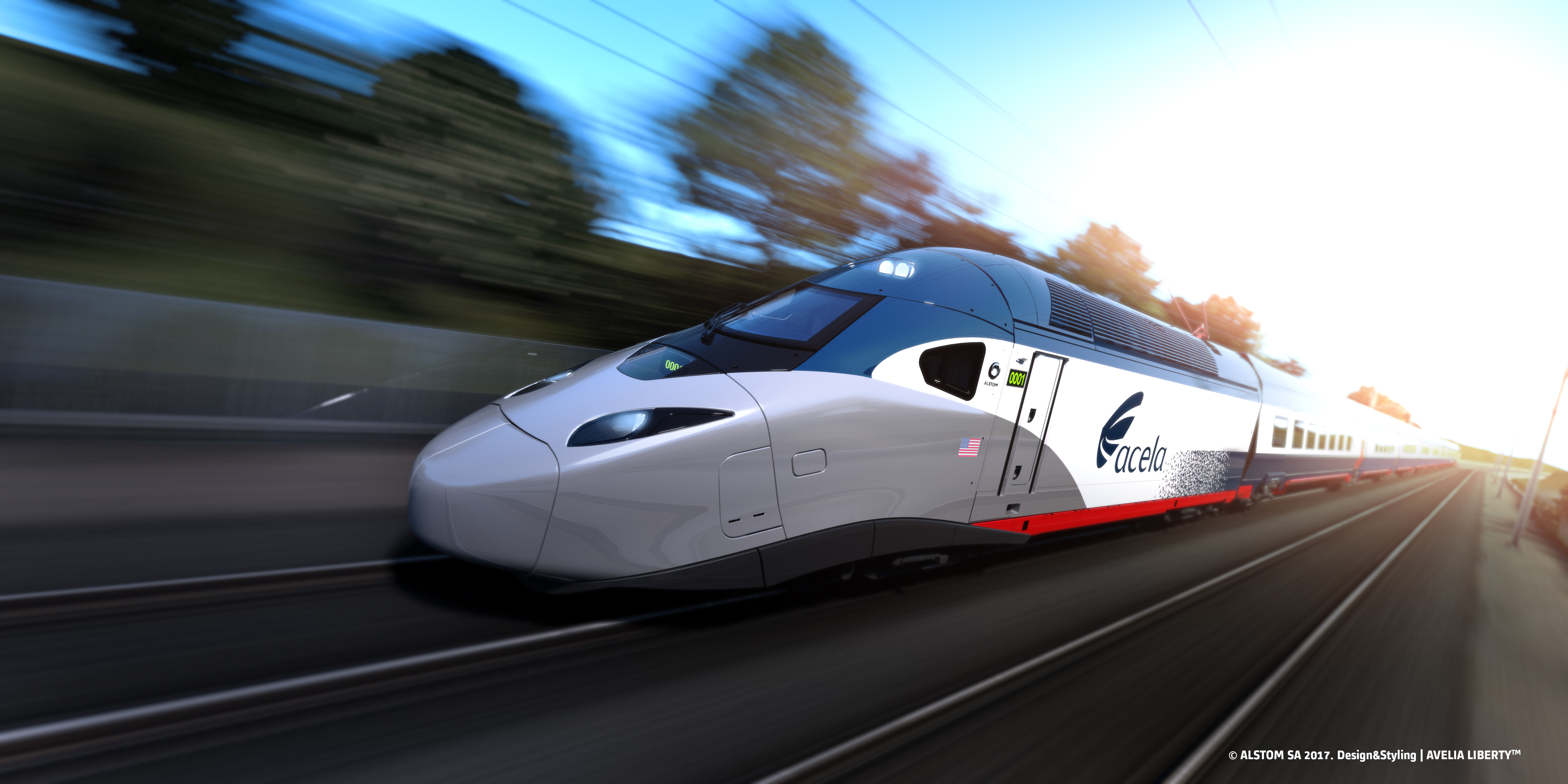 The prototype set will travel from Buffalo, N.Y., to La Junta, Colo., via Chicago, from February 17 to the 19, on the route used by the Amtrak Lake Shore Ltd. and Southwest Chief trains. © ALSTOM SA 2017

The first of Amtrak’s 28 new Acela trainsets, scheduled to enter service throughout the Northeast Corridor (NEC) in 2021, will be leaving from Alstom’s facility in Hornell, N.Y. on Monday, Feb, 17 for high-speed testing at the Transportation Technology Center near Pueblo, Colo. Nine months of dynamic testing will include the trainset’s pantograph, railway dynamics, tilting, traction, slip/slide and wayside protection, brakes, and train control management systems. Once complete, the trainset will return to Alstom for installation of its interiors.

In preparation for the new fleet, Amtrak is undertaking a record amount of track and infrastructure work along the NEC aimed at improving ride quality, increasing reliability, and increasing overall on-time performance.

In Dec. 2019, Acela had its best month ever, with a 16% ridership increase over the previous year.

Alstom is building the next-generation high-speed Acela trainsets using parts manufactured by nearly 250 suppliers in 27 states, with 95 percent of the components produced domestically. More than 1,300 new jobs are being generated in nearly 90 communities across the U.S. to support production, including the creation of new, sustainable, high-tech, engineering and manufacturing jobs. Alstom employs more than 800 people in Hornell, including members of the International Association of Machinists and Aerospace Workers.