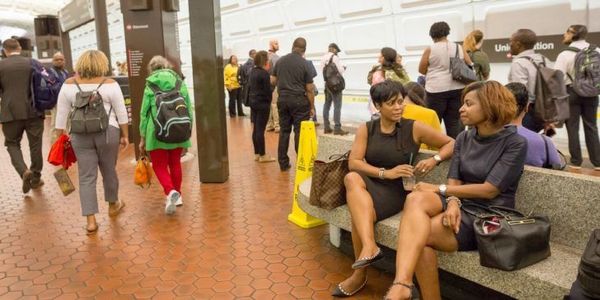 Public transit options haven't provided commuters with enough first-mile/last-mile solutions, but a driverless shuttle could be what wins drivers over.

Breaking the mold in the quest for the ultimate connected city 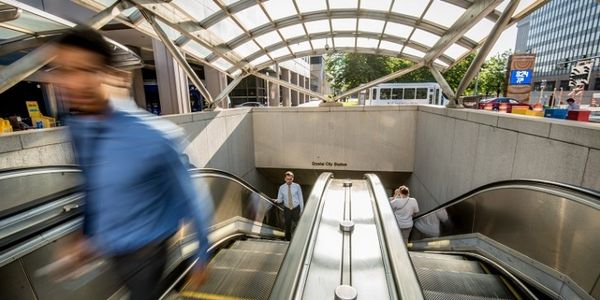 Transportation should be viewed like a smartphone. It should allow everyone to be connected to opportunities throughout the rest of society, at reasonable and low cost. And a ride-hailing partnership with transit is a crucial example of how local governments can catch up and be responsive in a fast-moving world of technology-driven transportation options.

Untangling the jumbled path towards the ultimate connected city 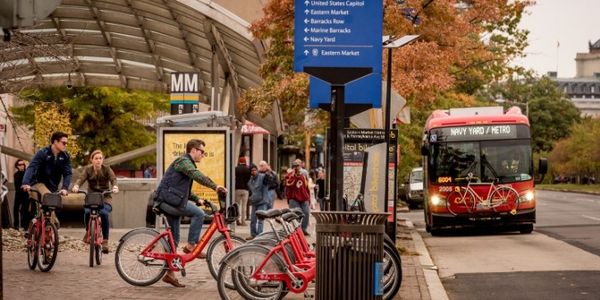 Smartphone owners feel connected much of the time, for better or worse. But shouldn’t that be the goal for physical movement as well, to be literally that connected — with a transportation system that could take one anywhere at any time? That’s a big ask. But what’s exciting is how realistic the vision is for cities that dramatically alter outdated transportation planning.

How the media, transit agencies, and planners should be talking about BRT 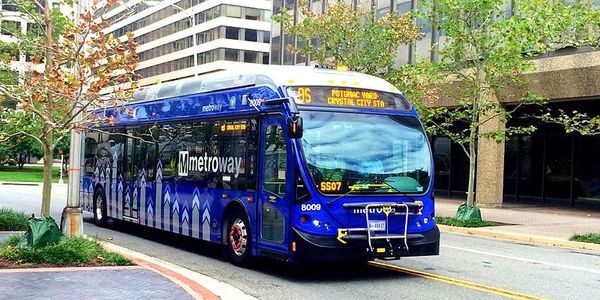 ...as a transportation planner who has worked on bus rapid transit-style systems in the greater Washington region, I’ve noticed a disconnect in the public’s expectations versus the reality of the systems they’re getting. It got me wondering: do people have an accurate picture of what BRT means or the benefits the systems provide? During public-planning sessions, I’ve heard a lot of feedback on BRT. The gist is, “That’s really nice that the bus is a different color and the station platform is fancy, but I just want it to be on time.”

Where are the Super Bowl-esque ads about public transportation? 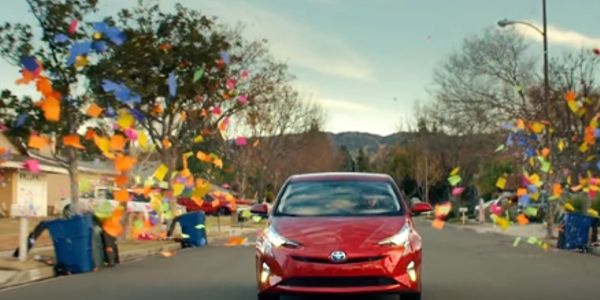 When it comes to communicating that people have transportation options besides their own drive-alone cars, the transit industry is getting its lunch handed to it, and has been for decades. It must face that it’s a fringe player that wants to become mainstream. And it’s not getting any easier. While we hear so many great stories about options presented by bikeshare systems and technology and Uber, the fact remains that people are buying cars more than ever. 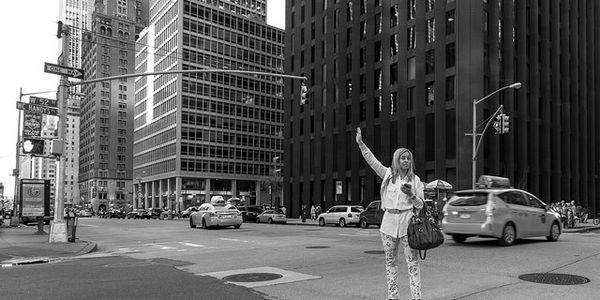 Tech-enabled ride-hailing services like Uber and Lyft already appear to be acting as a complement to public transit. Uber analyzed its Los Angeles trip data to in this light. Over the course of a month, Uber found that 22 percent of trips taken near Metro stations took place during rush hour (between 7 a.m. and 10 a.m. and 4 p.m. and 7 p.m. Monday through Friday). This data could be telling us that people are using Uber like they might use bikeshare, as a last-mile and first-mile connection to transit. 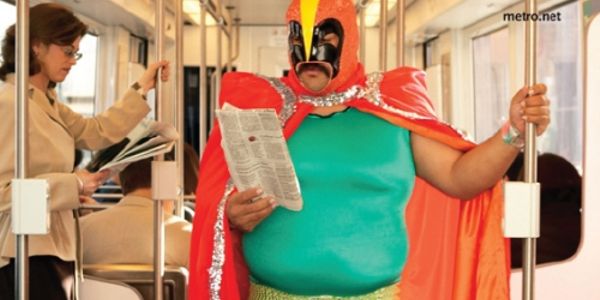 To be sure, there is no substitute for offering high-quality bus or rail transit service, but many transit agencies skimp when it comes to marketing, outreach, and education and, as a result, the public often has no idea how good the service may actually be. Buses also have an image problem in many communities, which proper marketing could help address. Witness the huge sums spent by automakers in crafting the image of their automobiles.

Time is On Our Side With Automated Vehicles 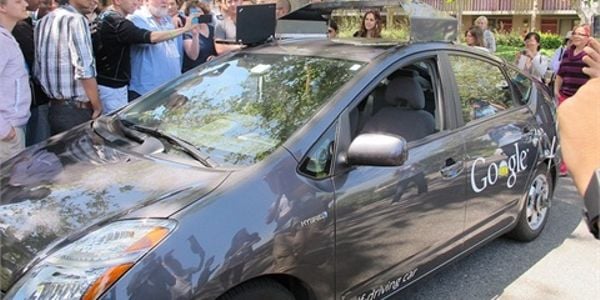 A man climbs into the cab of a tractor trailer, hauling himself into the massive driver’s seat and shutting the door behind him as if settling into a captain’s chair.The steering wheel is massive, evoking the wheel of a mighty sailing ship even at it protruds from a dashboard covered in electronic controls and sleek digital displays. The driver engages the engine and, with a few button presses, the truck rumbles to life.Watching the scenery pass by out the driver’s side window

Idea for Smarter Transit Fares is a Winner 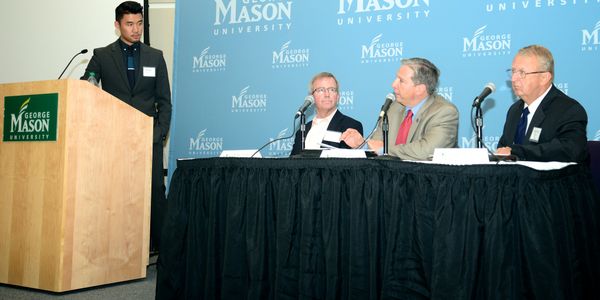 Transit would be better served if the pay-per-ride and unlimited fare structures that currently dominate were expanded to include more fine-tuned pricing structures similar to those offered by cell phone companies. That was the idea that won the recent second annual Outside the Box transportation conference and competition at George Mason University’s School of Public Policy.

Are Fearful, Lurking Parents a Reason for Uninspired Transportation Choice? 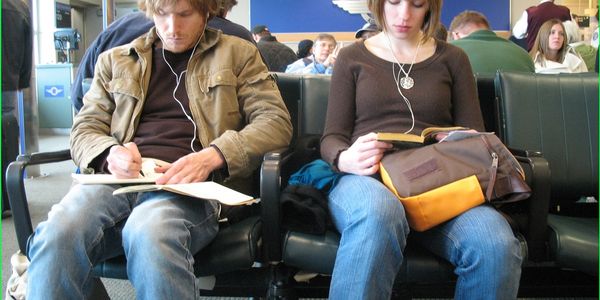 I’ve been enjoying danah boyd’s book titled It’s Complicated: The Social Lives of Networked Teens. She is a researcher from Microsoft, New York University and Harvard who toured the country for the past several years interviewing teens about why they seem so addicted to social media and whether they are destroying their brains and their lives in the process. Her findings are basically that the kids are alright and it’s probably the parents who are crazy.

Apple Transportation Program Stuck in Past 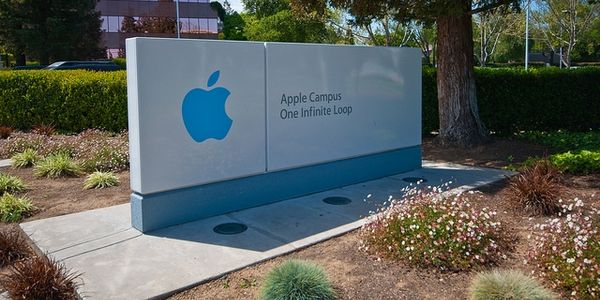 For years, Steve Jobs and company seem to have been our reliable guides to new technology and a better tomorrow. However, Apple’s decision to build a mammoth new headquarters in Cupertino, Calif. – miles from public transportation and adequate housing – amounts to a corporate denunciation of sustainability.

What If We Sold Transit Fares Like Cell-Phone Minutes? 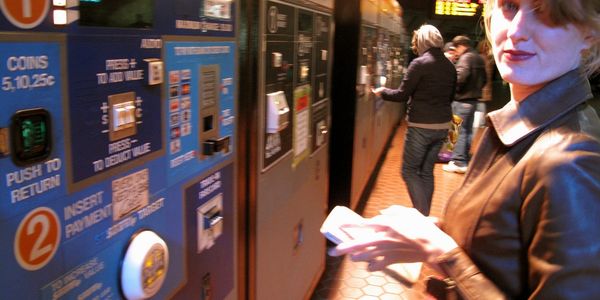 How many cell-phone minutes do you pay for in a month? Or gigabytes of data? Are you on a family plan? Do you get a group discount from work? What does this even have to do with transit? If we think of a transit trip like we do a cell-phone minute (or megabyte) we start to realize that there are many ways to package our usage.