Captured above ground from organic material in agricultural, wastewater, landfill, or food waste, RNG — or biomethane — produces net carbon-neutral and even net carbon-negative results when fueling on-road vehicles like short- and long-haul trucks, transit buses, and refuse and recycling collection vehicles. RNG fuel in 2018 had an EER-adjusted carbon intensity as low as -303.30, according to the California Air Resources Board. By comparison, California’s electricity grid rated between 25.0 and 38.95, according to the report. 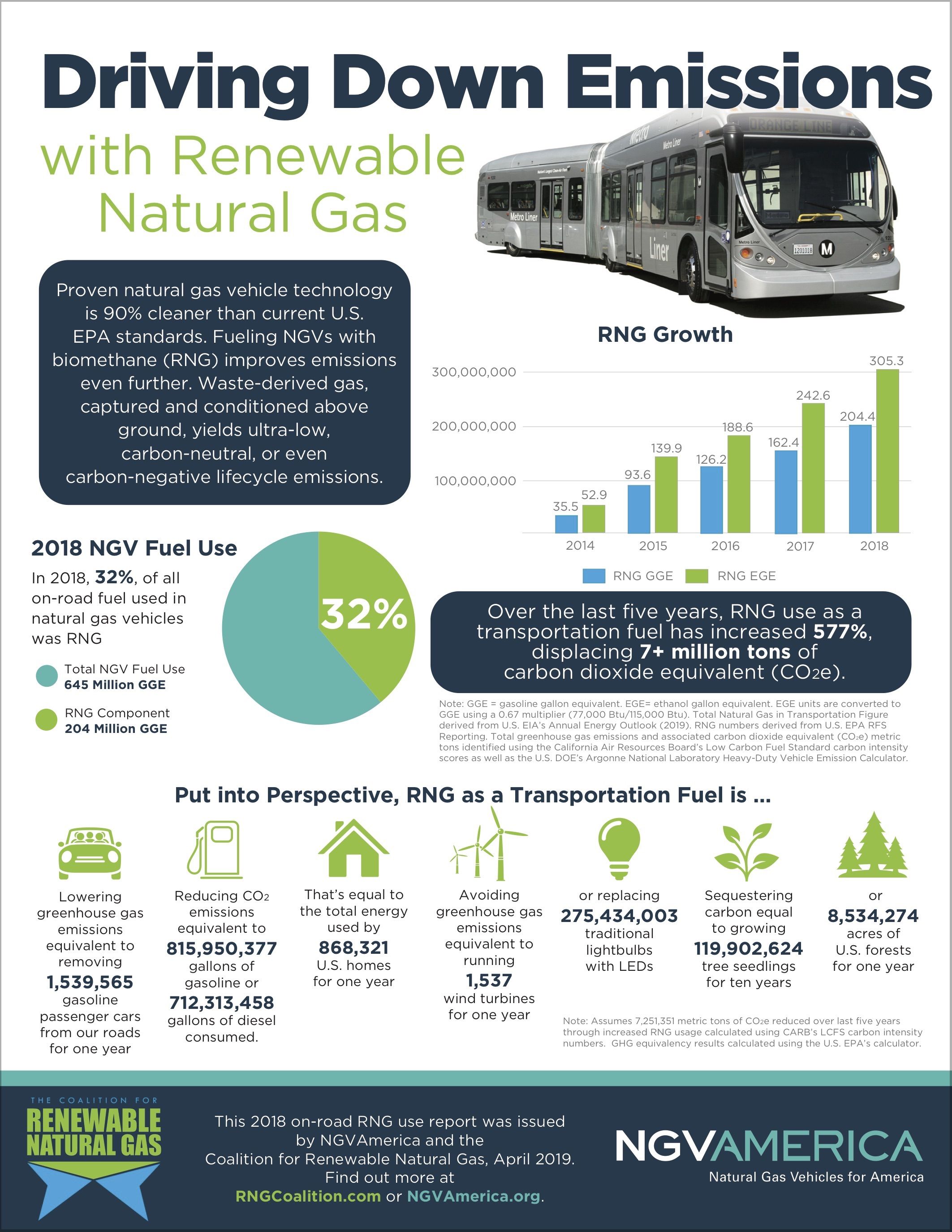 “The environmental advantages of using renewable natural gas to replace fossil fuels in on-road transportation have driven substantial growth in development and investment in new RNG production across the U.S.,” said Johannes Escudero, RNG Coalition CEO. “The number of North American RNG production facilities has multiplied more than two-and-a-half times in the past five years to almost 100 today, while RNG fuel use has increased nearly six-fold.”

RNG motor fuel use has eliminated 7,251,351 metric tons of CO2e over the last five years. Put into perspective, RNG motor fuel is: