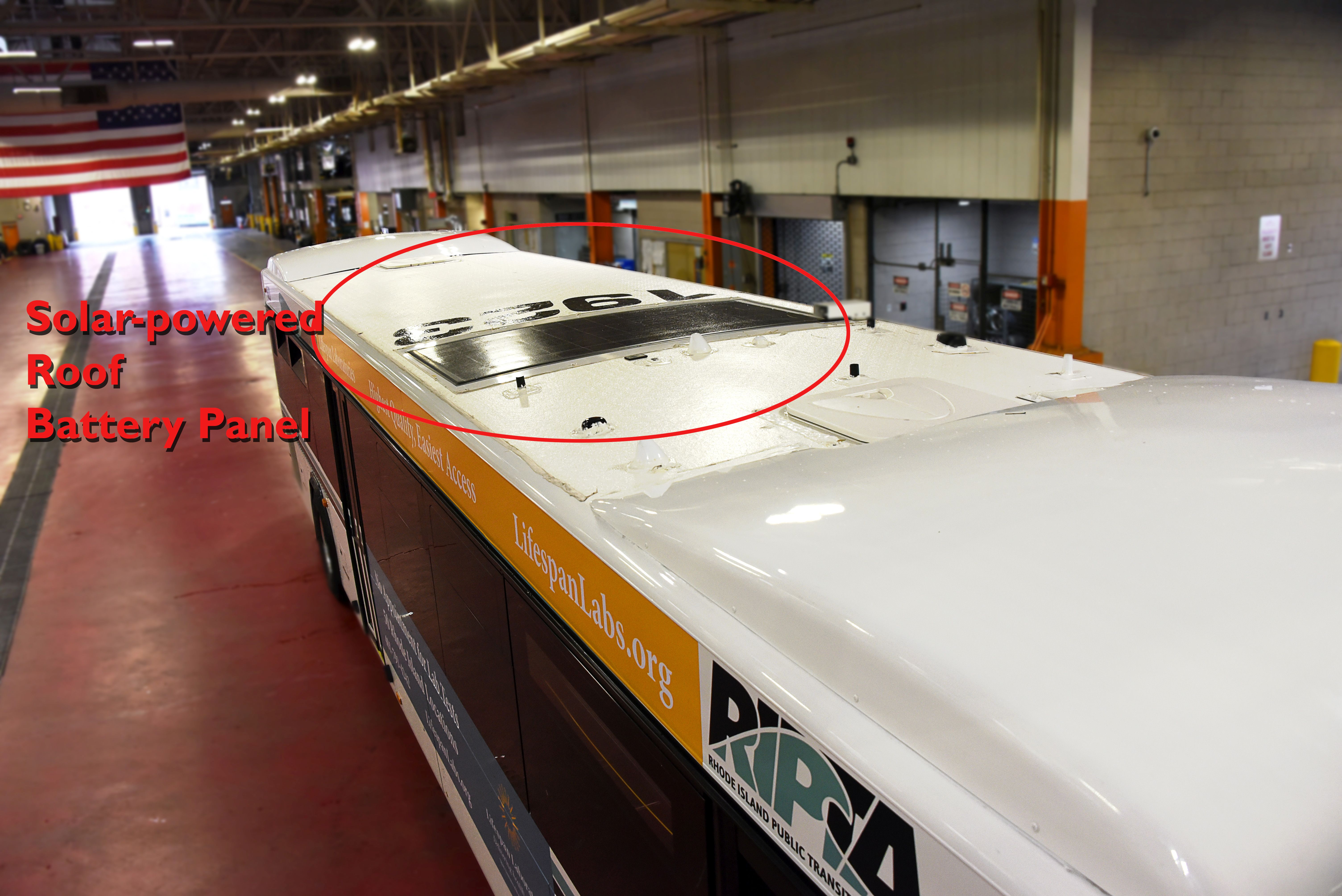 RIPTA's new Gillig buses are equipped with solar panels that are flexible and can conform to the vehicle they are fitted for. RIPTA

The thirty-three new buses, manufactured by GILLIG in California, are part of regular fleet refurbishment and replace older buses that are being retired.

Manufactured by eNow Inc. of Warwick, R.I., the systems use solar energy to optimize battery life performance, resulting in more reliability when buses are started and less strain on the alternator throughout the day as the vehicles operate auxiliary systems such as on-board electronics. The solar energy is captured by lightweight panels installed on the roofs of the buses. The Rhode Island Commerce Corp. is helping to finance the project with a renewable energy grant of $42,800 that covered about two thirds of the cost.

Scott Avedisian, RIPTA’s Chief Executive Officer, noted that the decision to purchase the solar panels was made after RIPTA worked with eNow for more than two years on a pilot program to test the effectiveness of their solar panels on buses.

While the eNow solar systems on the new RIPTA buses optimize battery performance and battery life, the trucking industry has already been using this technology to reduce CO2 emissions. Most trucks need to use their engines to power auxiliary systems such as heating and air conditioning, safety lighting, and refrigeration units. Trucks equipped with the eNow solar systems can operate those systems without keeping their engines running, therefore reducing their use of diesel fuel and dramatically reducing greenhouse gas emissions.

For RIPTA, maximizing battery life and performance will represent a savings estimated at more than $80,000 a year. Each of the new 2019 buses is equipped with two batteries, which cost about $365 each. With the eNow system, RIPTA will need to replace batteries less frequently and will also save on costly road calls.

Avedisian said that RIPTA will explore the feasibility of having the panels installed on more buses in the future. Weighing only 19 pounds and not much thicker than a couple of credit cards stacked together, the solar  panels are flexible and can conform to the vehicle they are fitted for. They draw on solar power to keep batteries at optimum levels — improving performance and extending the life of the batteries.

The Commerce Corp. provided the grant through the Renewable Energy Fund (REF). The fund provides grant and loan opportunities for renewable energy technologies for commercial and public projects.