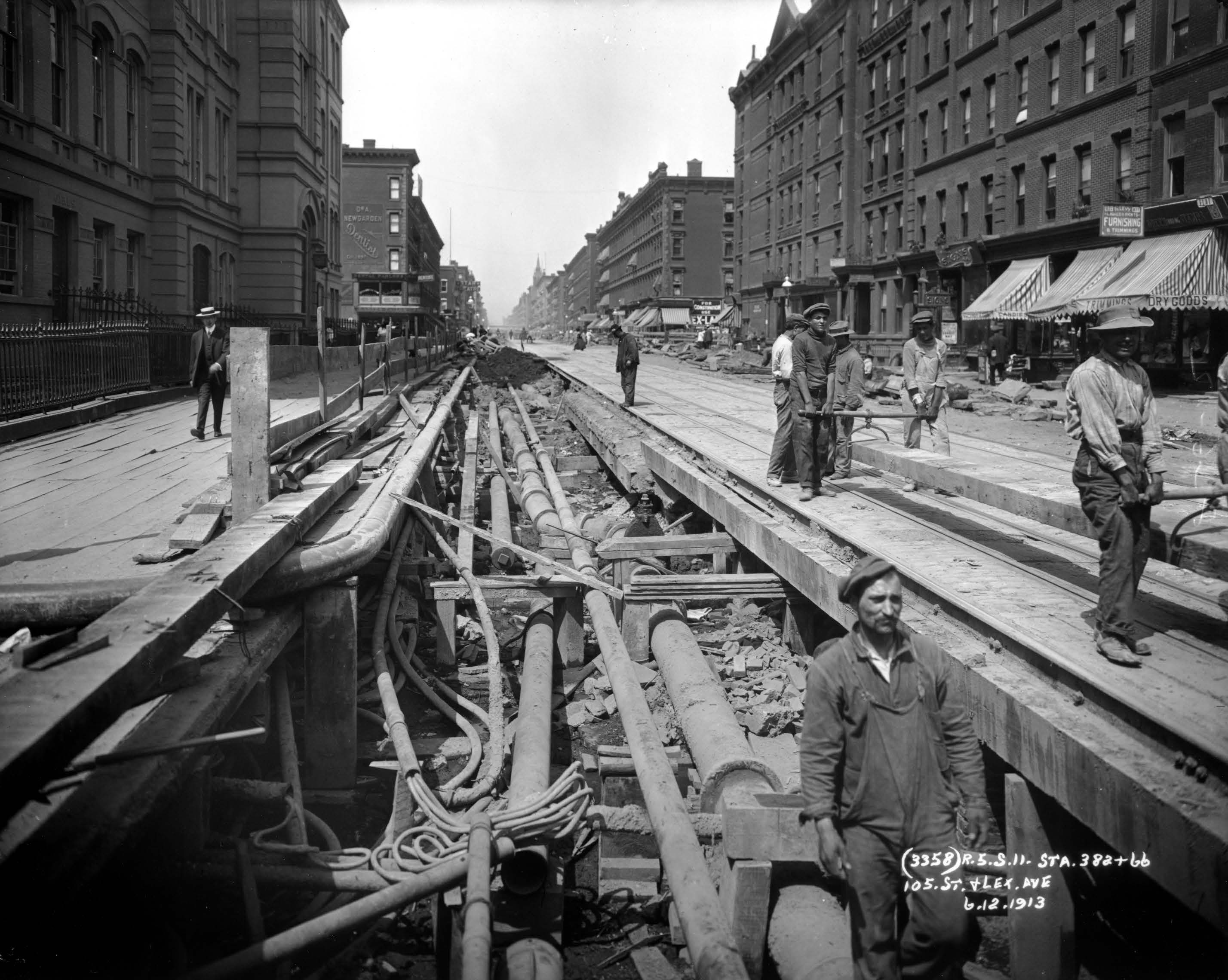 As New York’s subway system was being planned at the turn of the 20th century, transit officials did what any large construction company would do today: hired an official photographer to take survey photographs and provide precise documentation of an area prior to — and during — construction. Pierre and Granville Pullis created a body of work that transcends this original purpose. Intended to be seen as 8 x 10 prints, the photographs show New York changing on a daily basis as a result of the subway. On closer inspection, especially when enlarged, they reveal architectural and cultural details of a city that would otherwise be long forgotten (see additional photos below).

The New York Transit Museum is the largest museum in the U.S. devoted to urban public transportation history and one of the premier institutions of its kind in the world.

A new exhibit at the New York Transit Museum, Streetscapes & Subways: Photographs by Pierre P. and Granville W. Pullis provides a rare view of “old New York” through the lenses of two of the earliest photographers of subway construction.

The New York Transit Museum’s collection of subway construction photographs is an important document of the changing city, especially in the years between 1900 and 1940. The Pullises’ lenses captured the beginnings of modern New York City as well as the last days of “old New York.”

Many of the photographs were made with an 8 x 10 camera and glass plates, which were considered the height of image-making technology, and superior to sheet film for survey photographs because they were more stable and less likely to bend. These prints, called contact prints, were made by laying the negative directly onto a piece of photographic paper. Glass negatives were often washed of their images and re-used, so the fact that any of Pierre’s estimated 100,000 8 x 10-inch glass negatives made prior to 1925 survived is unusual.

What is striking about the Pullis Brothers’ photographs is how they manage to capture New York’s daily life as well as the structural conditions they were meant to document. Men congregate outside taverns, women push prams, children play, merchants sell their wares. In many of the photographs, workers or passers-by often look directly into the camera. Since the subway construction photographs were made at a time when the medium was becoming more popular, it is possible that this might have been some people’s first encounter with a camera.

The exhibit is open to the public through January 17th 2021 at the New York Transit Museum in Downtown Brooklyn. For more information, visit nytransitmuseum.org/visit. 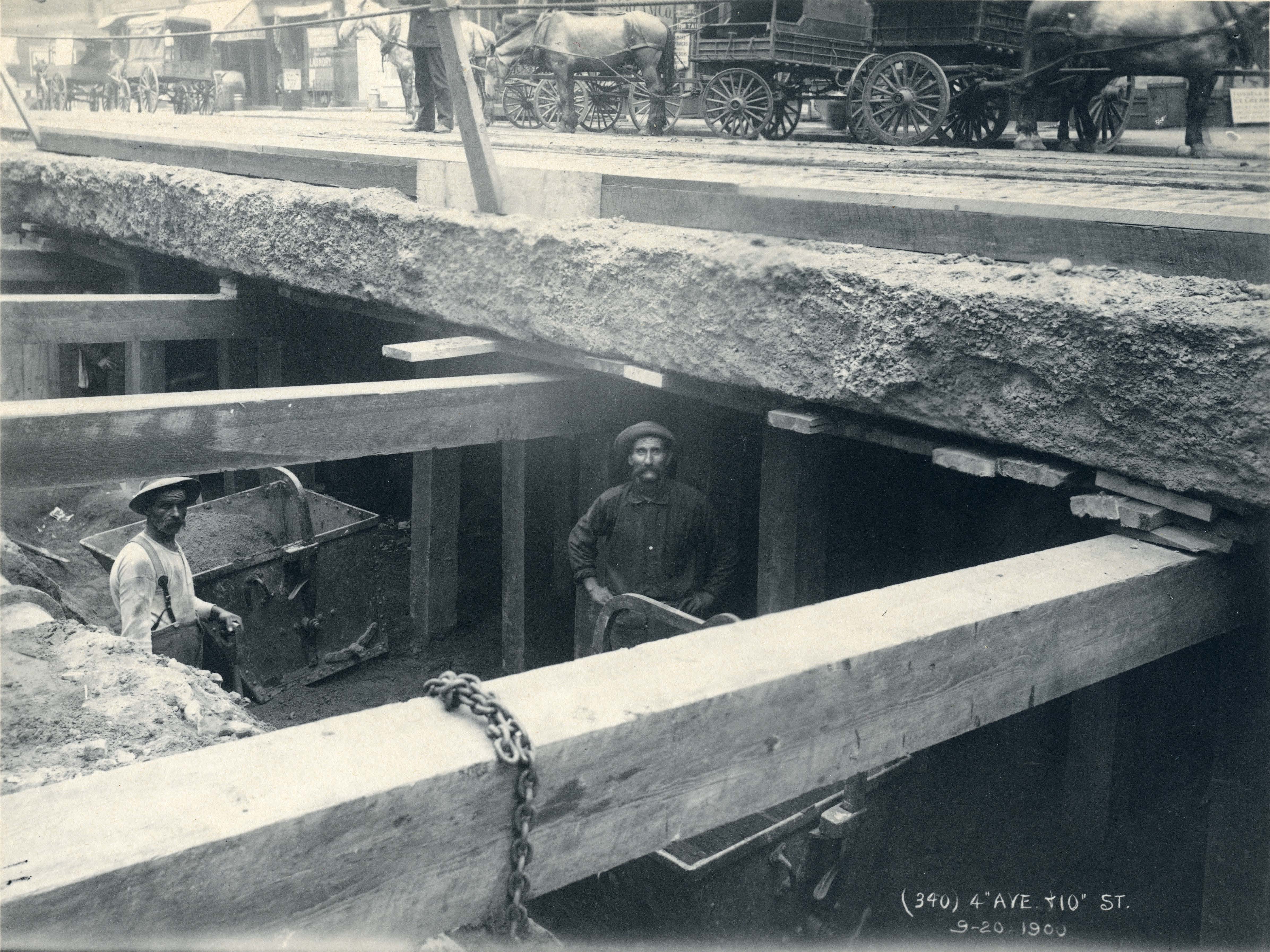