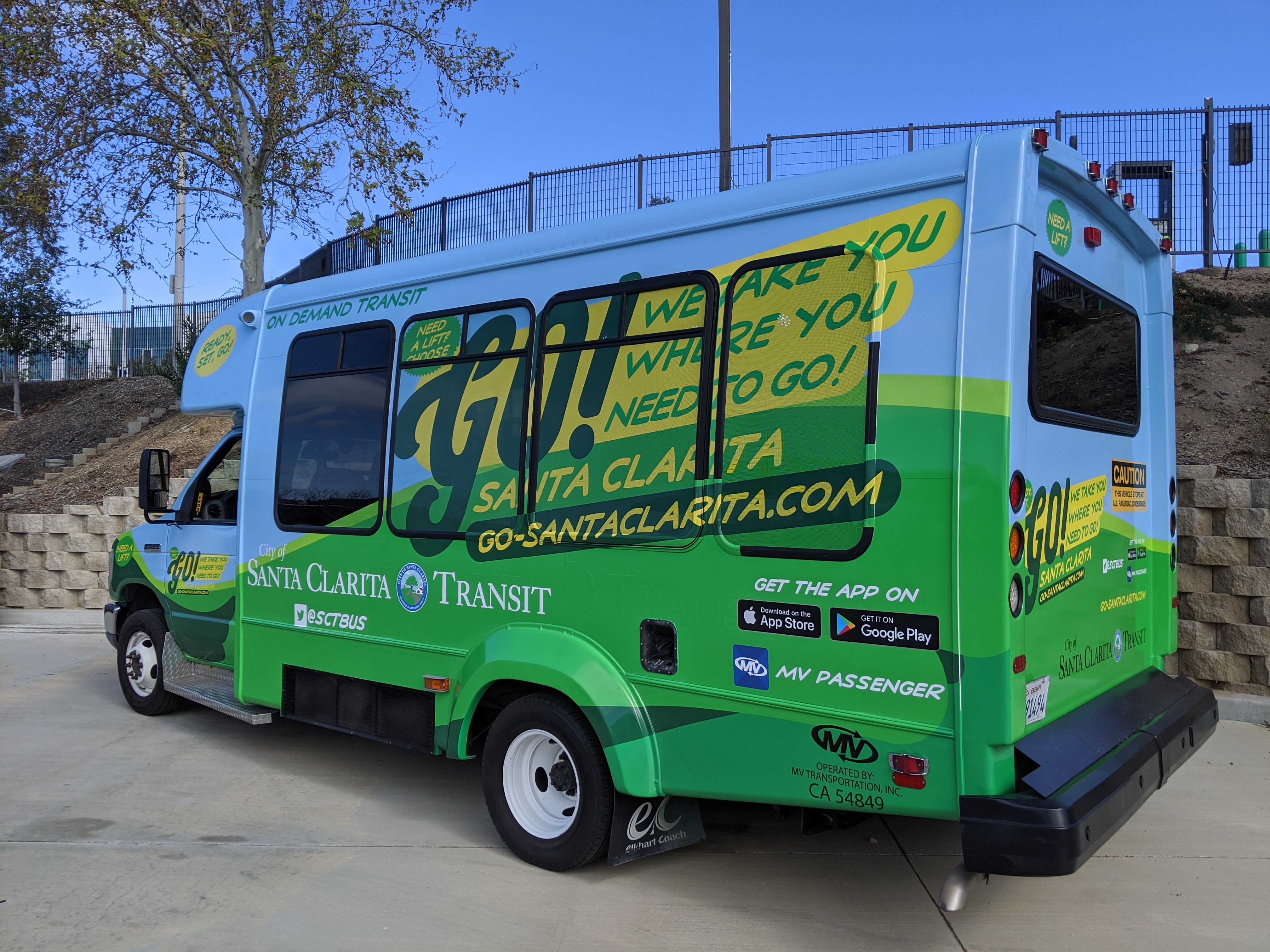 The service has come to fruition via a close partnership between the City and contract operator MV Transportation, which developed the mobile application for the service. City of Santa Clarita

The City of Santa Clarita, Calif., launched a new demonstration microtransit service — GO! Santa Clarita. The grant-funded project is aimed at connecting residents to nearby existing fixed-route and rail services during peak demand periods. The service has come to fruition via a close partnership between the City and contract operator MV Transportation, which developed the mobile application for the service.

GO! Santa Clarita provides curb-to-curb transportation within a designated service area, as well as to key destinations in the city, including the College of the Canyons Canyon Country Campus, Santa Clarita Child & Family Center, Via Princessa Metrolink station, and the Santa Clarita Sports Complex.

The pilot program was created in response to service recommendations within Santa Clarita Transit’s recently adopted Transit Development Plan (TDP). Completed by Moore & Associates LLC in 2019, the TDP identified the need for smaller service vehicles in key areas throughout the city where traditional buses cannot be used due to terrain or other limiting factors. GO! Santa Clarita’s dynamic on-demand service allows staff to provide a vital first-mile, last-mile connection for residents within these difficult operating areas.

GO! Santa Clarita will operate for free during the month of March, after which time the regular fare will be $2 per trip or $1 for reduced fare patrons.