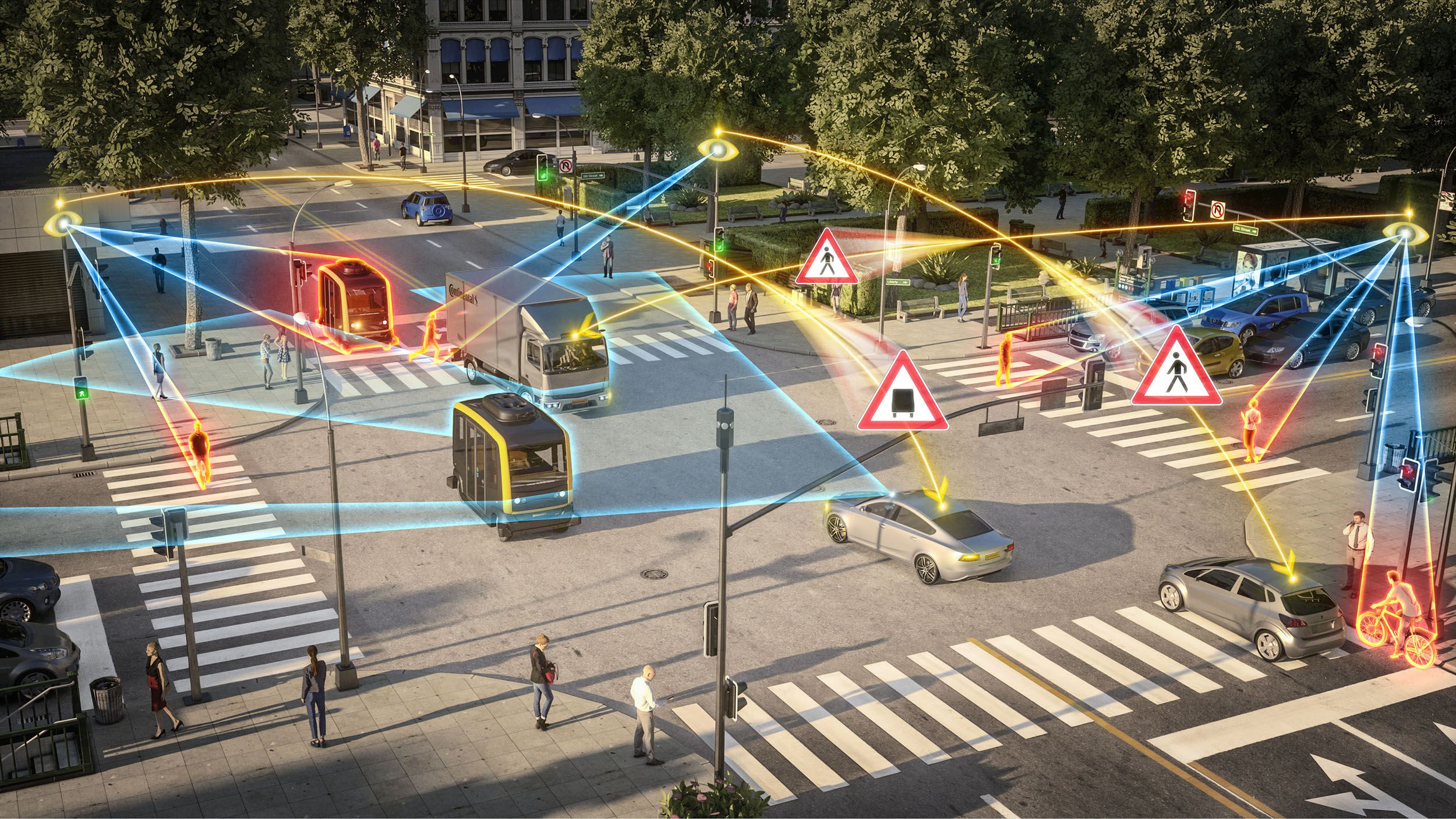 The technology company Continental today announced a big step toward creating safer, smarter cities with the debut of its smart city mobility and transportation hub in Auburn Hills, Mich. At the center of this Smart City Mobility and Transportation Hub are two "intelligent" intersections equipped with Continental sensors and intelligent software integrated into the infrastructure.

Ultimately, this technology will have the potential to improve traffic flow, add convenience, reduce pollution and, most importantly, significantly increase the intersection’s safety by communicating hidden dangers to approaching connected vehicles and pedestrians. Furthermore, Continental’s Wrong-Way Driver detection system, which warns at-risk drivers in the vicinity of a driver heading the wrong way, has also been installed.

The Smart City Mobility and Transportation Hub infrastructure is equipped with Continental’s short- and long-range radars. These radar sensors have been deployed on a number of vehicle platforms over the years, and enable functions like adaptive cruise control, blind spot detection, forward collision warning, lane change assist and more. Continental now looks to apply the economies of scale together with its software functions know-how from automotive to the infrastructure.

Data analysis
In addition to the Continental radar sensors, the Auburn Hills Smart City Mobility and Transportation Hub also has a roadside unit and electronic control unit to process data and run the environment model and functions. 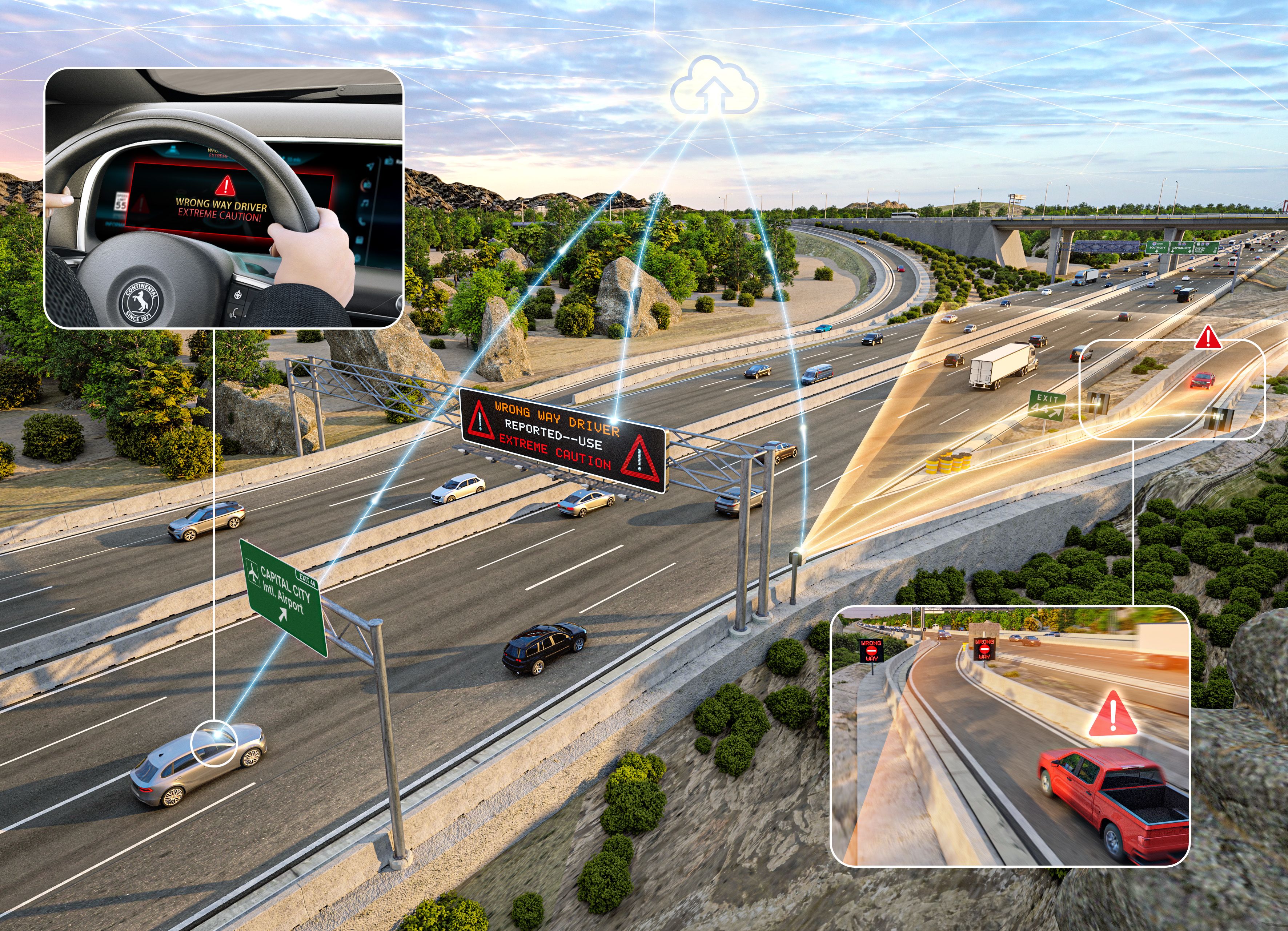 Wrong-Way Driver detection system
An additional feature added to the Auburn Hills Smart City Mobility and Transportation Hub is Continental’s Wrong-Way Driver (WWD) detection system, which warns at-risk drivers in the vicinity of a driver heading the wrong way. Designed for deployment on freeways and highways, crashes involving a wrong-way driver are often catastrophic. In fact, in the U.S. on average there are approximately 295 crashes producing 389 fatalities each year, trending upwards over the last 5 years. Continental’s WWD detection system will be showcased at CES 2020.

Continental’s WWD detection system technology uses a combination of Continental sensors, connected-vehicle systems and a heatmapping algorithm. The self-learning system automatically defines the roadways and directions of travel, then sends an alert via push notification to a mobile device or connected vehicle informing at-risk vehicles of the wrong-way driver’s location, speed and direction of travel.

This technology is packaged into a fixed-mount I2X roadside unit with low power requirements, making it suitable for solar power. The WWD detection system would be installed on existing poles and gantries near the beginning of highway exit ramps, not only detecting and alerting of wrong-way drivers just entering the highway, but also those who may have entered several miles before.

While this information and alert can be sent to authorities and at-risk drivers via I2V, V2X or SMS, it could potentially be integrated into widely used navigation apps, increasing penetration and effectiveness.

In addition to Auburn Hills, Continental operates a Smart City Mobility and Transportation Hub in Changsha, China, as well as Intelligent Intersections in Walnut Creek, Calif., and Columbus, Ohio, and plans to expand to other cities in the near future.