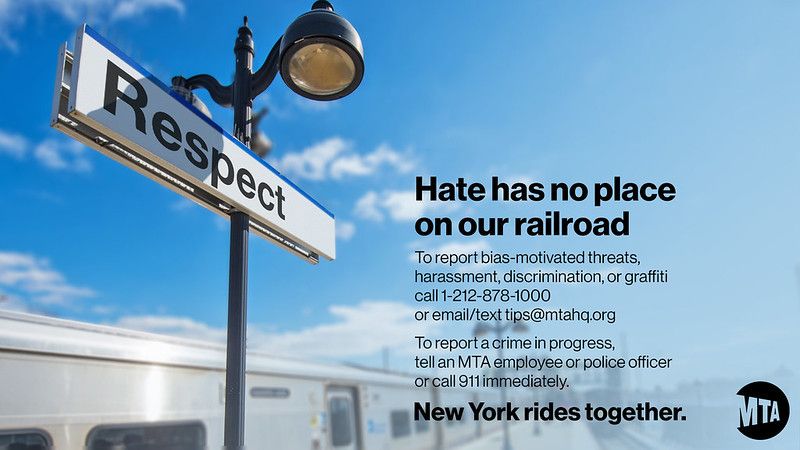 New York MTA's new public awareness ads share the message that “hate has no place” in the MTA network. MTA

The campaign comes at a time that the frequency of hate crimes — often taking the form of vandalism that spreads messages of hate — has been increasing.

The campaign was launched on the 75th anniversary of the liberation of the Auschwitz concentration camp. The launch of the campaign follows the abhorrent attack on a transgender woman on the C line in Harlem over the weekend.

The ads will appear on more than more than 4,000 Digital Screens Across the NYC Subway, 2,600 screens on buses, and 550 screens on the Long Island Rail Road and Metro-North Railroad.

All ads feature iconic signage associated with the NYC Transit system, LIRR and Metro-North and share the message that “hate has no place” in the MTA network. The ads provide information on how to report hate crimes, concluding with the tagline: “New York rides together.”