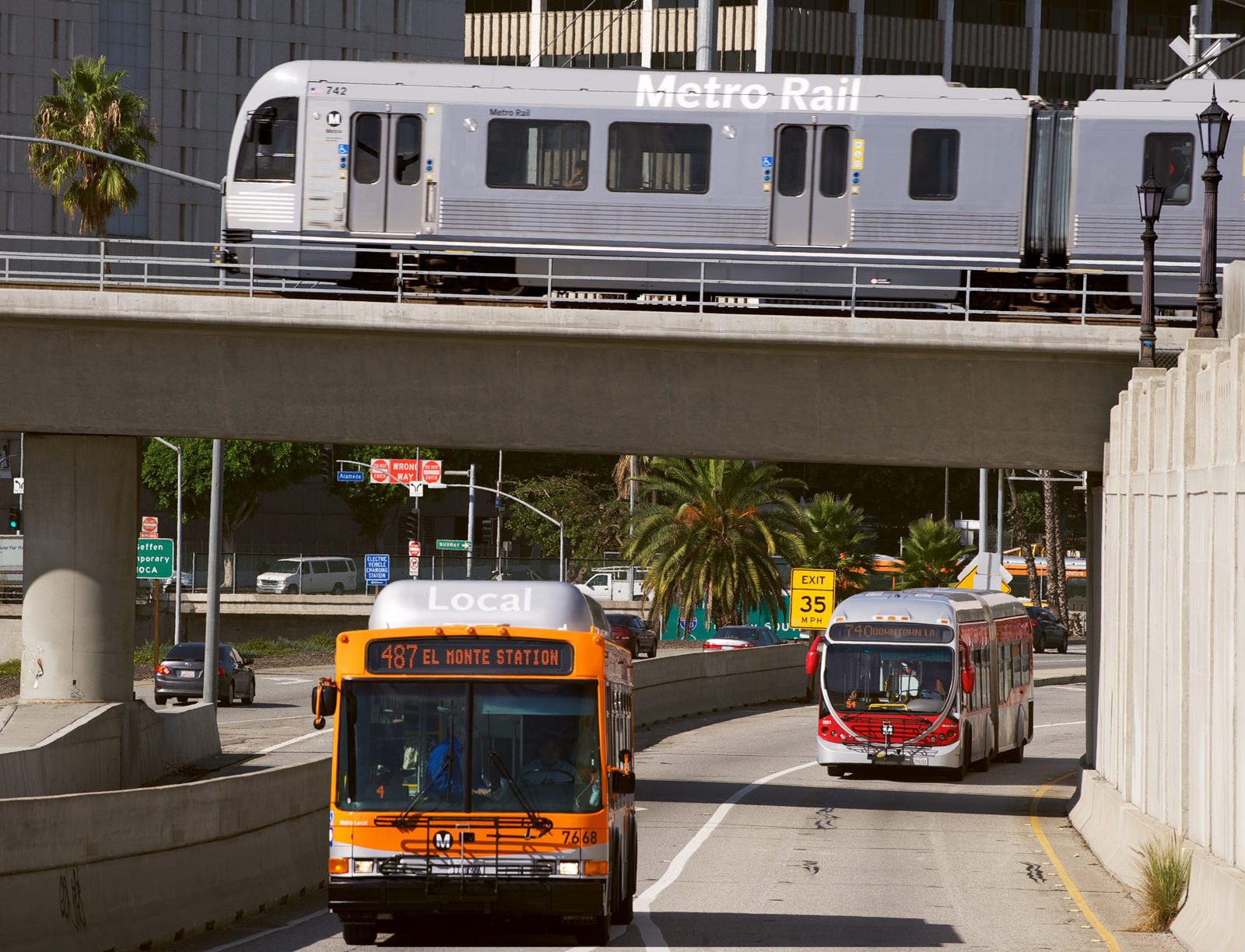 The agency is dubbing its combined approach their “hybrid service package.” LA Metro

With the state of California and local officials announcing “stay at home” orders on Thursday, Metro officials reiterated that bus and rail service will continue but with service adjustments to reflect on-the-street reality of lower demand. Both bus and rail service will be adjusted that will result in slightly less service than offered on the typical weekday but more than on a typical weekend. The agency is dubbing its combined approach their “hybrid service package.”

As a result, some bus trips may be canceled, and all rail lines will run slightly less frequently during peak hours. Late night service on rail lines on Friday and Saturday nights will also be adjusted. Service could be adjusted further as the situation with the virus evolves.

Metro is the third busiest transit system in the U.S. and ridership earlier this week was about 50% to 60% lower than normal due to school closings, people staying home from work and the closure of restaurants, bars, and entertainment/sporting venues. The agency still saw more than 550,000 daily boardings on both Monday and Tuesday this week — compared to about 1.2 million average weekday boardings in February.

“Metro is not considering halting transit services at this time,” said Washington. “We know our services are extremely important to thousands of people in the most populous county in the United States, including first responders, hospital workers, and essential county and city workers. I’ve been in the transit industry for two decades and was in the U.S. Army for 24 years before that and though this challenge is unique, and we are operating with an abundance of caution, we are not operating from a position of fear. We understand the devastating effects COVID-19 is having and Metro will do everything it can to ensure we get through this.”

In addition to adjusted rail service, Metro has made other changes this week, including:

Metro continues to follow the orders and recommendations from the L.A. County Department of Public Health and the Center for Disease Control (CDC). Metro’s primary direction to its employees is to protect themselves and others through good personal hygiene practices, work/social spacing and other precautions. More vulnerable segments of staff have already been directed to stay at home and service adjustments will allow more staff to care for their families.

There have been no reported cases of COVID-19 being contracted on Metro, nor is Metro aware of any staff member who has contracted COVID-19. Metro has nearly 11,000 employees.

Metro has also activated its Emergency Operations Center and established an Incident Management Team to work with Metrolink, Amtrak, Access Services, and Union Station. Metro is also in daily contact with the L.A. County Department of Public Health as well as city and county of Los Angeles emergency officials.