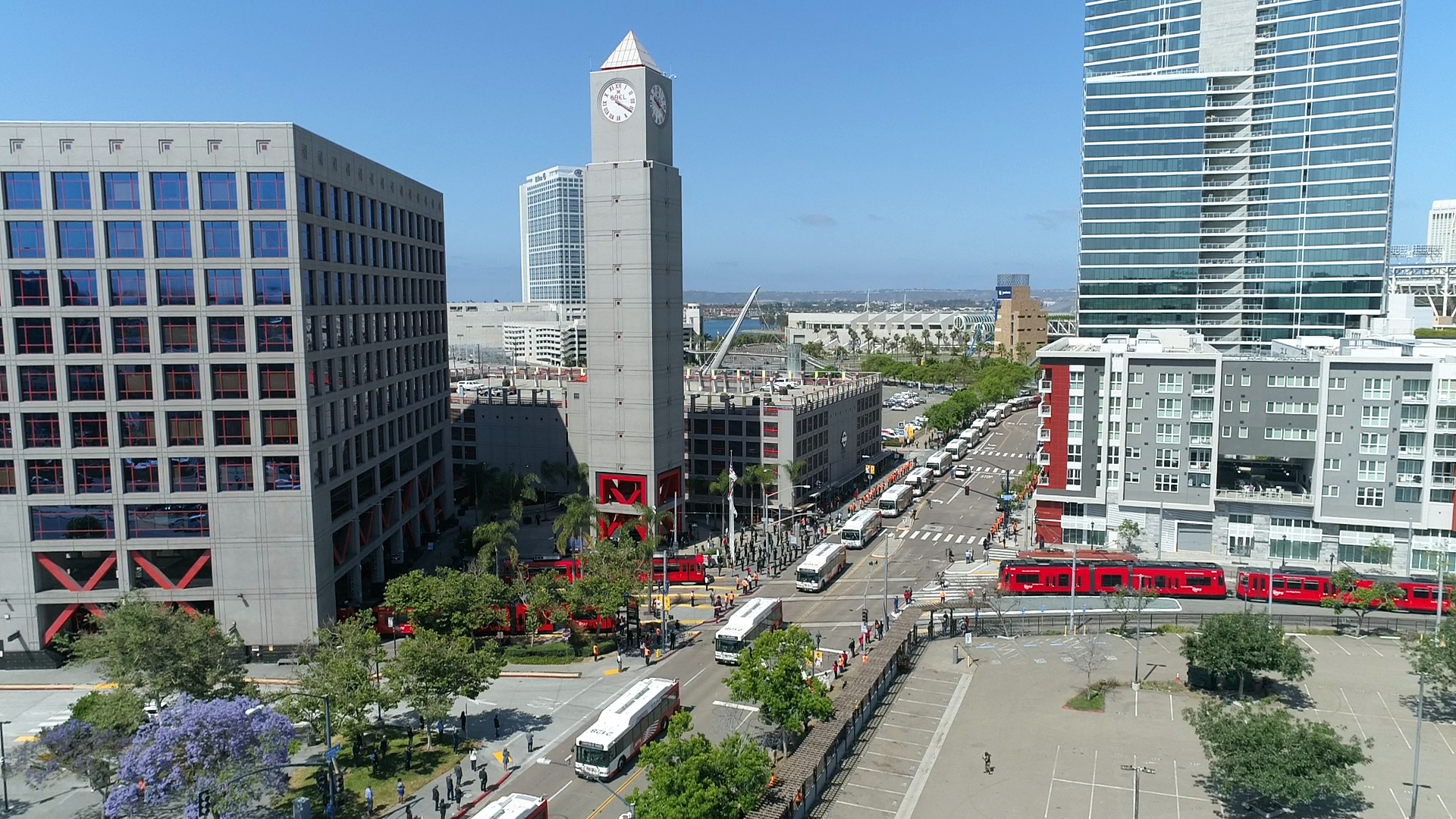 On Friday, MTS honored its late CEO Paul Jablonski with a procession of 40 MTS buses through downtown San Diego. MTS

Many of the attributes Jablonski learned from being behind the wheel — leadership, attentiveness, accountability, public service, and more, he applied to every position he held in a career that spanned more than 40 years. He passed away unexpectedly on Sunday, May 10.

“This region will never know how much Paul did for public transit,” said MTS Board Chair Nathan Fletcher. “He transformed the transit operation into a highly efficient system that provided more service to the communities that need it the most. He will be dearly missed. But we can honor his legacy by continuing to build on all the great things he did for MTS.”

In 2004, when Jablonski began his career at MTS, it was just after most functions had been transferred to SANDAG. “We don’t have the personnel to run payroll” was how he was greeted on his first day at the helm of MTS. Jablonski figured out that challenge and many more. The Metropolitan Transit Development Board (as MTS was formerly known) was not a smooth-running multimodal public transit provider on Day One of Jablonski’s tenure; but he developed one almost from scratch.

Jablonski’s family and friends have set up an obituary page to honor his life, with photos, a guest book, opportunities to share memories and more.

In lieu of flowers, donations in Paul’s memory can be made to the National Park Foundation via his memorial page here.

Additionally, the American Public Transportation Foundation (APTF), a charitable affiliate of APTA, has established the Paul Jablonski Scholarship to provide opportunities to deserving students and transit professionals. To support their mission, to donate, click here.