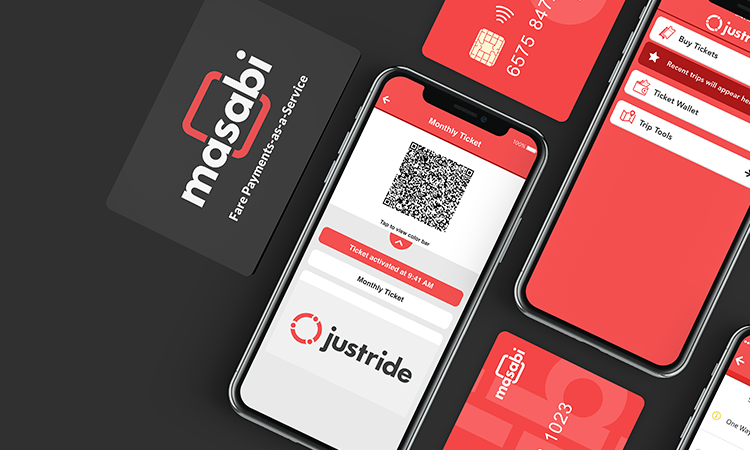 Now is the time for cities to take action to reduce that risk wherever possible and make the most optimal mode of transit safer and more appealing. Masabi

Urban populations have been aggressively increasing for years now, and there does not appear to be any signs of this growth slowing down. As of 2018, 55% of the world’s population lived in urban areas and that proportion is expected to increase to 68% by 2050, according to the United Nations. If those populations don’t have access to solid public transit options, many will resort to driving into, out of, and around cities, resulting in more traffic and more air pollution.

Cleaner air during COVID-19 lock-downs has shown us just how quickly urban environments could benefit from reduced car usage. Trains, buses, and ferries have long been the most environmentally friendly and affordable options for people to replace car usage, since these modes of transit can cart masses of people quickly, efficiently and, for many, electrically. However, COVID-19 has also made it clear that handling cash and touching equipment — like turnstiles or fare vending machines — to board, could make transit less attractive through the risk of infection.

Now is the time for cities — and specifically, public transit agencies — to take action to reduce that risk wherever possible and make the most optimal mode of transit safer and more appealing.

One thing that has become very clear during city lockdown is that handling cash and touching equipment at the front of every bus has caused real concerns for staff and passengers. Some agencies temporarily suspended fares to avoid this issue, but not without backlash regarding free fares and large gatherings on vehicles. As a result, many agencies have gone back to charging fares, but only accepting cash-free ticket types that don’t require touching, such as mobile ticketing, pre-purchased passes, and contactless ISO14443 tickets such smart cards, contactless bank cards, and Apple Pay or Android Pay.

The first stages of formal lockdown are beginning to ease, allowing the general public to board public transit again. However, the threat of further peaks in infection in the foreseeable future will put pressure on agencies to expand their zero-touch ticketing options in order to keep public transit from being seen as a source of the disease.

Unfortunately, for agencies that currently have few zero-touch ticketing options the traditional procurement, bespoke deployment approach can make the rolling out of newer fare technology rather slow and would miss the key periods when the public want these improvements.

As agencies emerge from the first lockdown period and seek to deploy zero-touch ticketing quickly, they should look to Fare Payments as a Service (FPaaS). This new model requires significantly less time and capital to deploy, compared to the legacy approach of issuing complex and detailed procurement specifications, which results in longer and more expensive build, test and launch periods for the vendors. This new model provides a simpler, outcome-based procurement, with a few critical requirements and the rest as optional requirements, thus allowing vendors to respond with what they have off-the-shelf and potentially avoiding customization/bespoke work.

FPaaS allows agencies the option to buy into a multi-tenant platform, where the key functions are already debugged and live, and don’t need further development, testing, and deployment, but can simply be configured for that agency's rules and fares. It can then be launched in a few weeks instead of months or years for traditional systems (as fast as 16 days). Multi-tenant systems are different from basic Software as a Service systems, where the fare collection vendor hosts and manages each agency-specific instance of software, still incurring the costs of creating and maintaining these different instances, which can still become obsolete. Instead, all agencies are on the same server instance, which means all receive every software update at the same time, and their version will never be out of date. FPaaS also means that there is never any waiting for essential security updates to be deployed and tested on a small or large agency brand, as they are all deployed simultaneously by the same top team of developers and support engineers.

Zero-touch FPaaS isn’t just about contactless bank cards and mobile ticketing, it can also enable cash-based riders to buy tickets at retail outlets either as smart cards or paper tickets that have barcodes on, and therefore can be scanned on a validator without touching it. It also enables cash digitization on simple mobile phones or via a smart card ABT (account-based ticketing) system, with all the benefits of fare capping and earning a period pass.

What the next five to 10 years holds is not completely clear. Instead of a procurement team trying to include all possible technology and service requirements in a procurement today, by buying into a platform that is regularly updated for many customers simultaneously, agencies can enjoy new features following industry trends without needing to fund their development ahead of time or to do a rip and replace every few years to get the new features. Many agencies that initially only wanted to deploy lightweight visual mTicketing are now finding that their platform is offering them the option to add automatic validators, or enable ABT, cash digitization, and contactless bank card options on their existing platform without needing to rebuild or re-deploy.

By using a multi-tenant fare payments platform and delivering systems via a FPaaS model, agencies are not only able to meet the latest needs of today’s riders, but also remain flexible for the riders of tomorrow. With lower capex and quick deployment technology solutions like this, agencies can spend less time focused on designing, operating, and maintaining ticketing systems and more time on what they do best: operating safe, reliable, and convenient transit services for riders. And, by setting up experiences that increase adoption, agencies will be well on their way to powering more eco-friendly solutions for their cities.

Ben Whitaker is Head of Innovation and Co-Founder at Masabi

Join Masabi and METRO for a new webinar, “A Better Way to Modernize Your Fare Collection System Post COVID-19,” on Tuesday, May 12 at 11 a.m. Pacific/2 p.m. Eastern. To for more information and to register, click here.