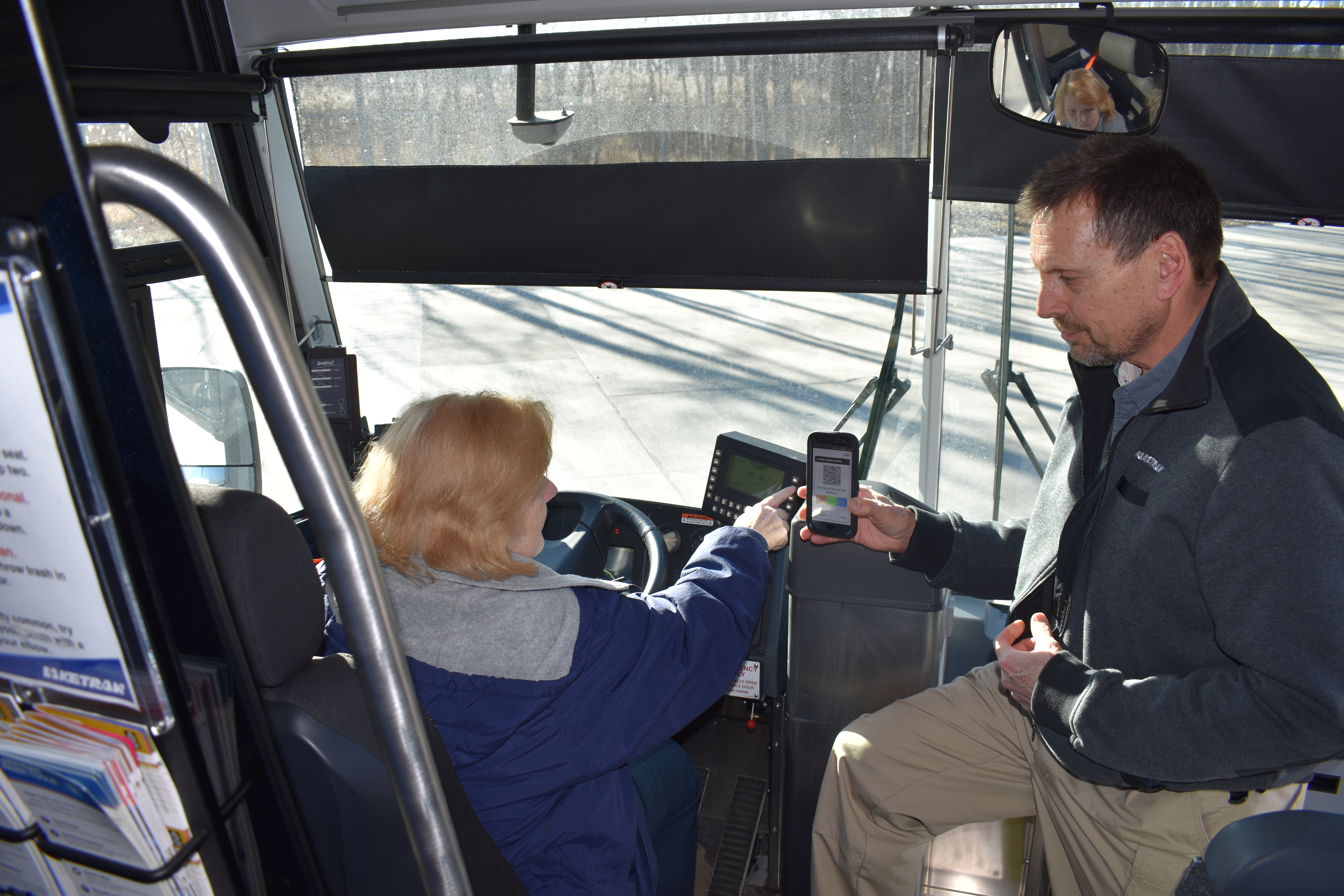 EZfare is available in both the iOS and Android app stores, with customers simply having to download the app and choose which agency they ride with to view their fare payment structure. Laketran

Based on Masabi’s Software-as-a-Service Justride platform, EZfare enables passengers to access an account-based fare collection system for multiple transit agencies and receive electronic transfers. The app eliminates the need to carry cash or purchase multiple tickets/passes at every transfer location. Passengers can pay for tickets using a credit or debit card, or via various digital wallets. Tickets are then stored in the app’s secure “ticket wallet.” The system is also designed specifically to be used on the go, meaning, once a ticket is purchased it is available even without an internet connection, so riders are always able to travel.

“Coming together as multiple agencies facilitates coordination, whether it’s for procurement, planning, or service delivery.”

Collective benefits
This unique model established with NEORide covers 14 transit agencies in the Ohio and Northern Kentucky regions, including Akron METRO, SARTA, TANK, Laketran, and the Cincinnati Bell Connector streetcar system. The group was formed, in part, to eliminate some of the barriers of using public transportation.

“The easier it is to ride the bus, the better,” said Ben Capelle, CEO of Laketran. “And coming together as multiple agencies facilitates coordination, whether it’s for procurement, planning, or service delivery. So working together makes it easier for us and the customer and allows the opportunity to attract the attention of other agencies who want to partner with us.”

NEORide owns the app and did the procurement, with all the typical federal clauses, but any agency that is part of, or joins the group at a later date, can access EZfare.

“We did the procurement intentionally so people could come and go to take advantage of the app and not have to be an original partner and have all kinds of complicated procurement issues,” said Capelle. “The way it was set up really facilitated what we have now.”

EZfare is available in both the iOS and Android app stores, with customers simply having to download the app and choose which agency they ride with to view their fare payment structure. The app also enables cross-system transfers not only in areas like Cincinnati where multiple agencies are providing different services, but also to destinations throughout the state.

“Now medium and even small transit systems, who may never be able to afford this technology on their own, have access just like the bigger transit systems,” said Capelle. “For instance, Sandusky Transit isn’t a big transit agency, but they have many visitors come to town to visit Cedar Point Amusement Park. And when they do, it’s that much easier for them to be able to use public transit to get there.”

Streamline system
Capelle added that within the first six months since the app was launched, Laketran sold 20,000 passes, with that number continuing to grow. In fact, for an express service Laketran runs to Cleveland, over 50% of the agency’s fares are paid for through the app.

With EZfare in use, NEORide is focused on installing validators on all fixed-route buses, which will streamline the mobile ticketing system by allowing passengers to scan a barcode on their mobile device to pay their fare. The group won a $3.3 million grant from the Ohio Department of Transportation to pay for and install the validators last October.

NEORide is also continuing to partner with other apps like Transit, Uber, and Moovit to continue to make using public transportation easier, as well as more attractive to those in the community who currently don’t utilize the services available in their area.

Ultimately, Capelle said it would be great for the entire state to sign on to NEORide and hopefully be able to make use of aggregated data for the whole state, which then allow cities to better understand travel patterns and better plan the services they provide.