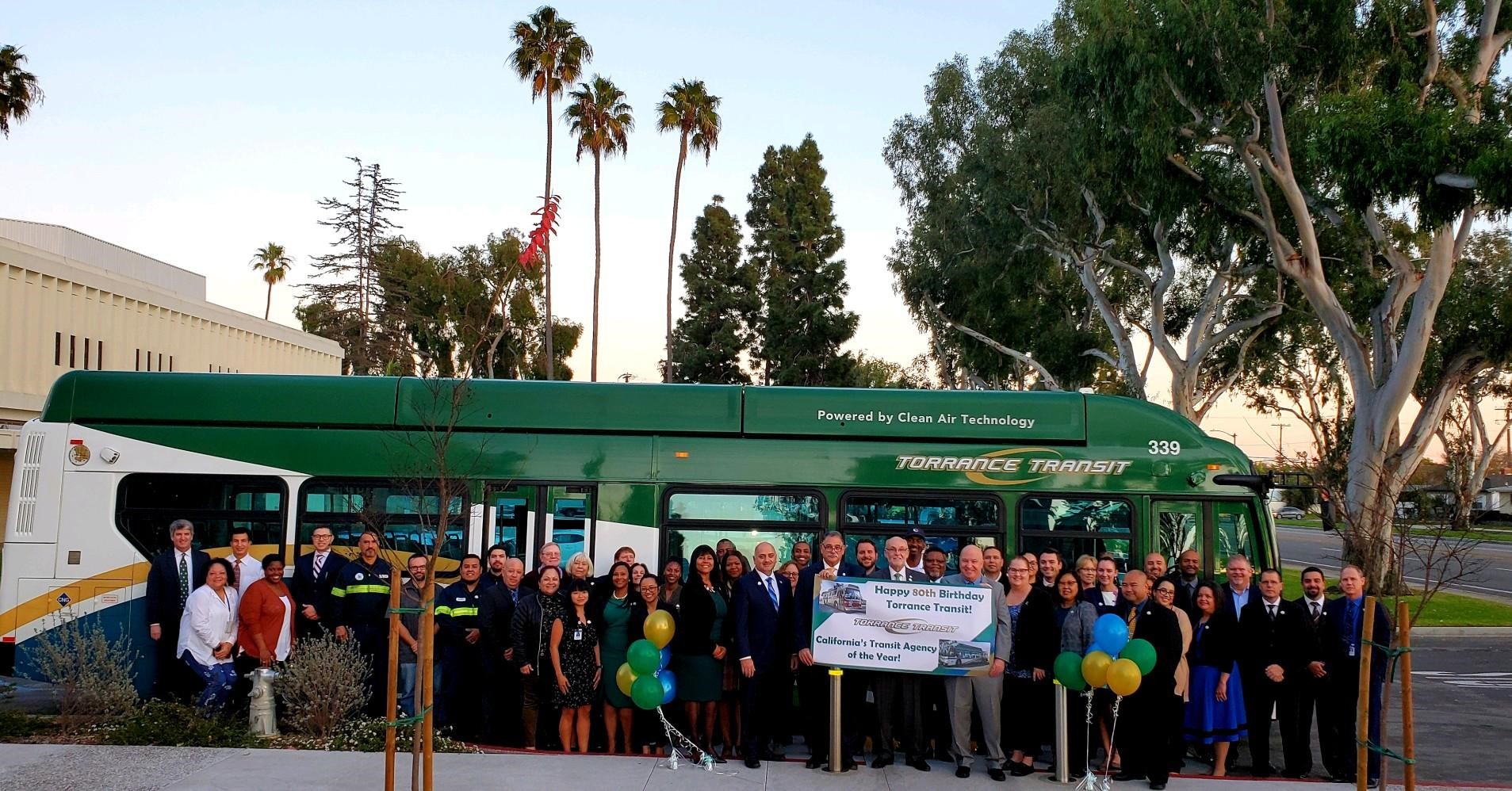 The agency hosted a small gathering at Torrance City Hall, which was attended by the Mayor, members of the City Council, city staff, and members of the public. Torrance Transit

Torrance Transit was later presented a proclamation by the Torrance City Council in recognition of the achievement. In January 1940, Torrance Transit was created to fill the void when Pacific Electric Railway Co. discontinued its passenger service from Los Angeles to Torrance and has grown into a regional presence with 63 buses and 11 routes. Torrance Transit currently serves approximately four million passenger boardings each year.

In November of 2019, the Torrance Transit System was honored with the distinguished Transit Agency of the Year Award by the Small Operator Committee of the California Transit Association at its 54th Annual Fall Conference and Expo in Monterey, Calif.

“Torrance Transit is proud to have achieved this incredible milestone,” stated Kim Turner, transit director. “Public transportation is vital to our communities and transforms the lives of the people living in them. It helps connect people to jobs, schools, hospitals, and other opportunities. We pride ourselves on being the little agency doing big things for our customers and the region. Most importantly, we truly thank our loyal patrons who choose to ride Torrance Transit.”