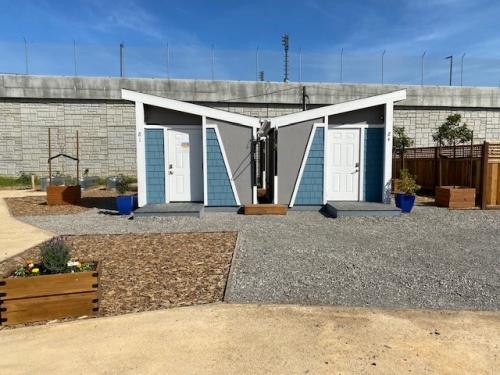 The Santa Clara Valley Transportation Authority (VTA) is working to help change what some say has become California’s defining issue: homelessness. With the help of VTA, the City of San Jose, one of the cities where VTA provides transit service, has opened the Bridge Housing Community with 40 “tiny homes” to be used as temporary housing for homeless individuals.

VTA provided the land the houses are occupying under a “no-cost lease” with the City. The site is across the street from VTA’s newly built Berryessa Transit Center, which launches bus service throughout Santa Clara County, and is the home of the soon-to-open BART Silicon Valley Extension.

“The transit industry has a responsibility to support solutions for more affordable housing because transit is an integral part of the community,” said VTA GM/CEO Nuria Fernandez as she toured the complex in advance of the grand opening. “And these solutions are happening with transit agencies all across America in a variety of ways.”

The tiny cabins at the Bridge Housing Community site were built by Habitat for Humanity East Bay Silicon Valley. The site features shared bathroom, kitchen and laundry facilities for residents, with operations run by nonprofit HomeFirst.

California Governor Gavin Newsom attended the February 27 grand opening ceremony to praise the city and its partners in this project, for stepping up to help solve the state’s homeless crisis. Santa Clara County estimates its homeless population at more than 10,000. Newsom called the state’s homeless crisis a “disgrace” and called on other cities and local agencies to help resolve the problem on a local level, along with the state government’s support. 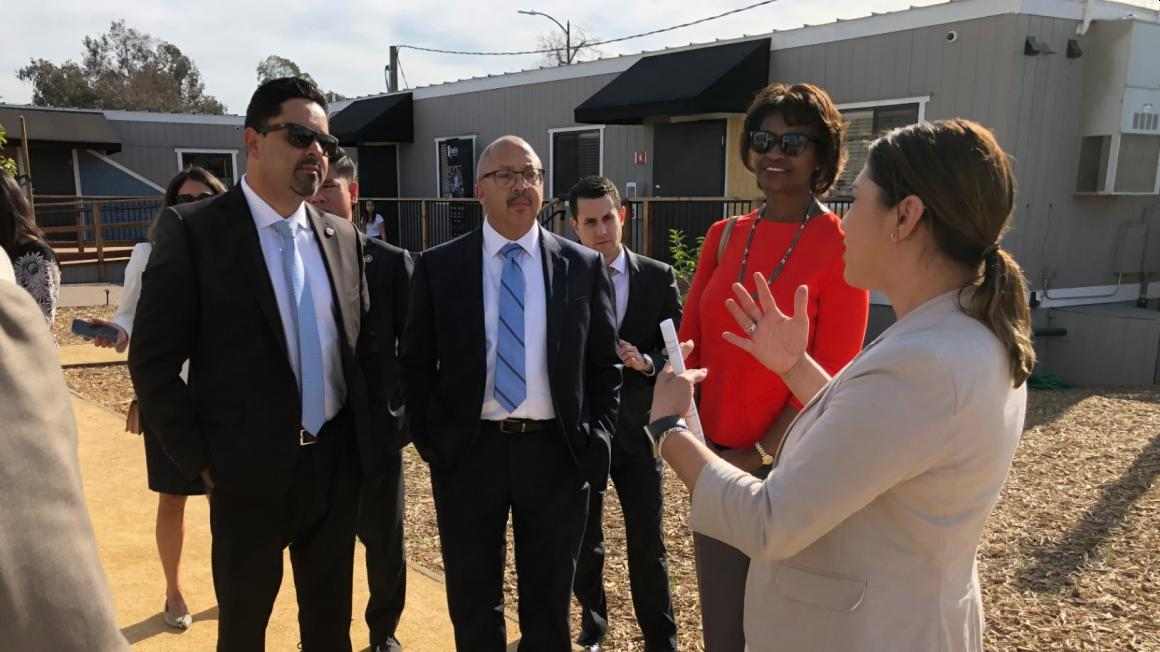 “Our industry is proud to be a part of the solution to the critical housing challenges faced by our nation and our own community,” Fernandez said (shown second from right). VTA