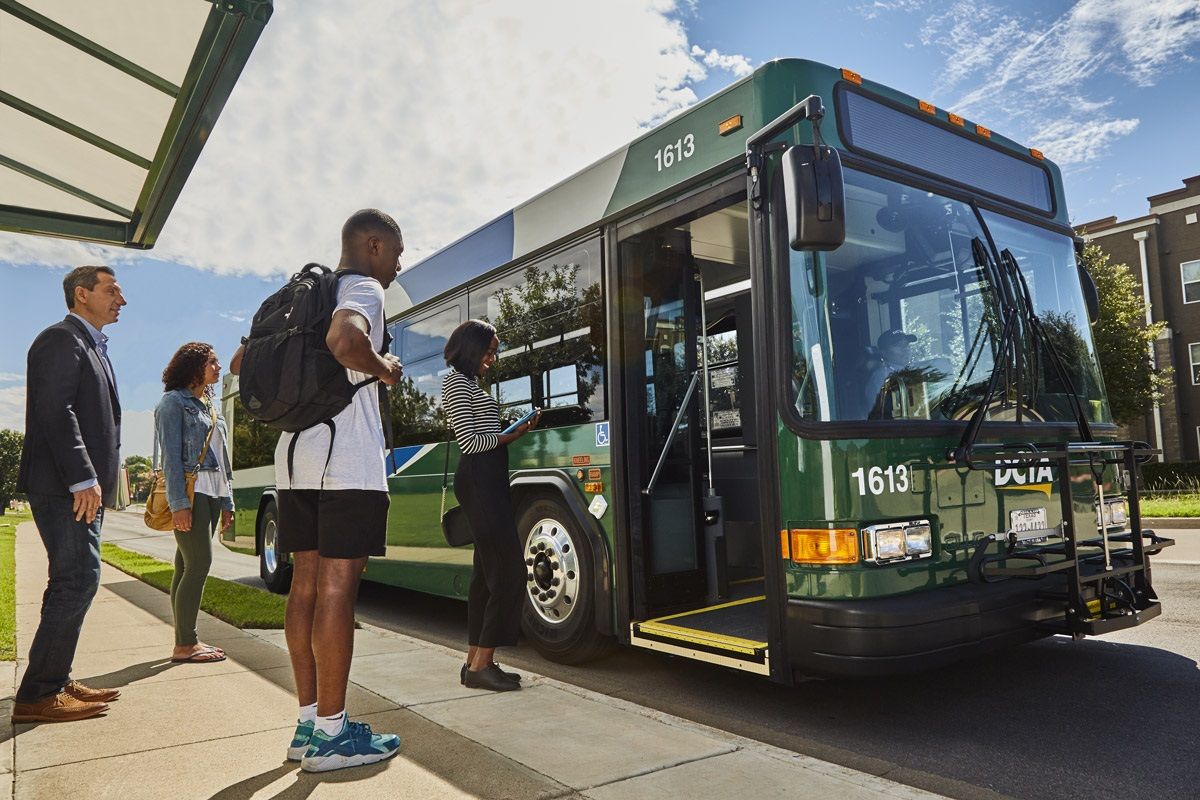 Transit planning may need to shift to a more diversified set of KPIs to ensure the system is meeting the needs of the community. DCTA

Ask most transit experts and they’ll tell you COVID-19 has put us in uncharted territory when it comes to urban transportation planning. The last global pandemic on record came immediately following the First World War, when few cities had a legitimate mass transit system.

Government orders to stay at home, social distancing recommendations, and an unfortunate rise in unemployment have meant that transit ridership has plummeted across the globe. On April 13, GO Transit, which operates commuter lines in the Greater Toronto and Hamilton Area, has said their ridership is down by 90% since the start of the pandemic.

While the coronavirus pandemic itself is projected to fade over time, this crisis we’re in will likely have long-lasting effects on transit planning. Predicting the future might require a crystal ball, but here are four questions transit agencies should be asking themselves right now to start thinking about and preparing for the future.

Do we need to adjust our funding and revenue models?

As ridership has decreased, so has income from the farebox. Less people riding transit means less people paying fares. In the case of GO Transit, revenue dropped from approximately $11 million per week to $1.1 million per week. Public transit agencies in many jurisdictions are asking for massive bailouts to keep their operations afloat through this crisis.

But there’s more at play than reduced revenue from fares. Gas taxes, which are a major source of transit funding in many jurisdictions, have been declining for years. As vehicles become more fuel efficient, and fully electric cars eventually become the norm, this trend is set to continue.

Many jurisdictions in the U.S. also fund transit through a sales tax dedicated to transit and transportation. Measure M in Los Angeles — a sales tax increase specifically for funding mass transit — is one model that supports about half of LA Metro’s budget, along with new transit construction. With consumer spending down, how will that affect funding? Is there a chance that online shopping could help pick up some of the slack?

Some transit agencies like the Edmonton Transit Service have temporarily made transit free to improve social distancing and offer relief to residents. Is there something to learn from cities like Talinn, Luxembourg City, and Kansas City, that have made free transit a permanent policy?

With people getting used to working from home, how will ridership trends evolve?

At Stantec, we’ve transitioned nearly all of our 22,000 employees to remote work. We continue to service our clients and do the important work asked of us every day. Pretty much any company that’s set up to do this has done so.

As organizations prove they can operate, provide services, and be profitable with a remote workforce, we wonder how much longer they will have an appetite for large-scale Class A real estate? Will some companies downsize their real estate footprint? Will others move to smaller, less central spaces? This could have a profound effect on travel patterns, which could become more dispersed over time.

Could there be a cultural shift that leads to a midday peak for lunch meetings in some areas? While remote working will likely gain in popularity, people will still need to travel for different reasons. How that manifests itself will become clearer over time and will certainly vary by jurisdiction.

Can we maintain transit service to ensure equity in our communities?

The need for social distancing and the hit to transit ridership has led many cities to reduce service in certain areas. We need to ask: what are the equity implications of reducing service? Service equity for low-income and non-white minorities is a huge concern in the U.S. during normal service, and this is now front and center.

For example, in New York City, while ridership on subways has dropped in general, many stations and lines are still seeing high ridership in low-income neighborhoods. Many of these people may not have an option other than public transit. Less frequent service in these situations will lead to more passengers per train, which reduces the possibility for social distancing. Another observation is that in Los Angeles, rail ridership has dropped more than bus ridership, where most bus riders are lower-income.

Shift workers, low-income residents, and those essential to the operations of the city are often dependent on transit, so removing a route or ending service an hour earlier could have human consequences beyond dollars and cents. This could necessitate a philosophical shift to a more diversified set of KPIs for transit management, eliminating the overemphasis on ridership numbers and costs.

North of the border, the Toronto Transit Commission has been seeing high ridership numbers on certain bus routes it attributes to shift workers and low-income residents. The agency has added service to some of those routes to better allow for social distancing.

Not to mention that many of those still using mass transit are considered essential workers — healthcare professionals, grocery stockers, or retail workers — those working to keep the supply lines and critical care operating through the crisis.

Change has been happening progressively. Transit in many centers is expanding and the community is demanding alternatives and an overall easier way to move around cities. This is driving change and the need to manage transit as an overall service. Many articles discuss Mobility as a Service as the future of shared transportation, which includes properly integrating all transportation modes — transit, cars, bicycles, e-bikes, e-scooters, shuttles, ridesharing.

Can agencies around the world take the lead in this by actively seeking out the integration of different services in a cohesive system that is strategic, planned, and equitable for citizens?

Through the COVID-19 pandemic, cycling and similar modes have been labeled as the solution to social distancing while managing congestion. Since the start of the pandemic, e-bike sales have spiked in Victoria, BC, and Bogota has opened 47 miles of bike lanes to encourage cycling.

Further developing microtransit as mainstream is an important part of the solution. Solving first mile last mile connectivity and better serving elderly or disabled riders with accessible service are just some of the benefits to adding microtransit to the network.

In summary, COVID-19 has resulted in a mass temporary loss in ridership for all transit agencies. Along with the need to understand how to keep basic services running, there is a need for agencies to begin to examine what the future might look like. Data tools can be used to review patterns before, during, and once travel restrictions start to lift, create a baseline condition. That can then be used to understand if there has been a paradigm shift in transit usage post pandemic. Planning today can help revise and better align our transit networks for the new future.

It’s impossible to measure the psychological impacts of COVID-19 on transit without more time and careful observation. A massive shift in transportation was already underway before this pandemic — will this crisis accelerate that shift or send us in a different direction? Regardless, it’s likely that peoples’ expectations of transit will change as a result of this pandemic, and we need to start preparing now.