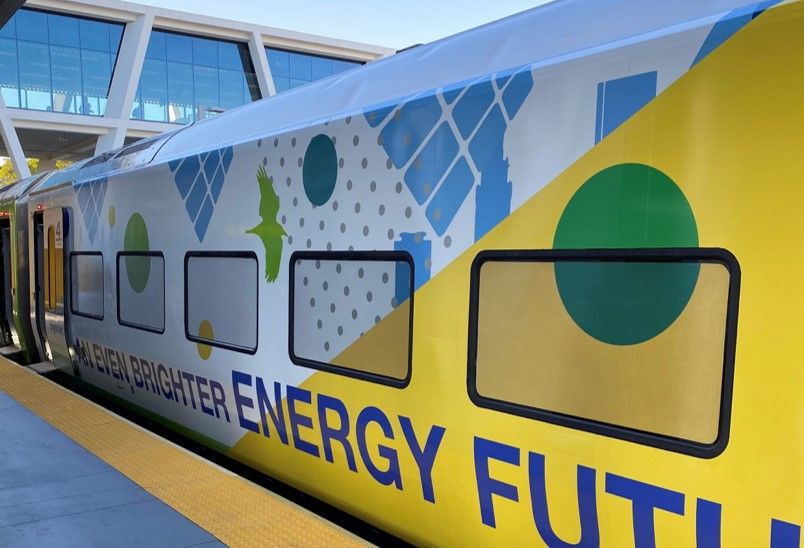 Brightline, Florida's privately funded passenger rail system, announced that its five-train fleet will run carbon-neutral for the month of February. Throughout the month of February, thanks to Brightline's ongoing energy partner Florida Power & Light Company (FPL), all Brightline carbon emissions will be offset with renewable energy credits (RECs).

From its inception, Brightline has been committed to implementing green initiatives across the company and through its strategic partnership with FPL, its trains are fueled by clean biodiesel in South Florida. Further, Brightline's train sets meet the highest emissions standards, Tier 4, set by the United States Environmental Protection Agency (EPA). Each trainset is powered by Siemens Charger locomotives equipped with a projected consumption of two gallons of fuel per mile.

Brightline, soon to be Virgin Trains, is planning its expansion to connect Las Vegas to Southern California and will feature all-electric train sets. Construction is slated to begin later this year.