The City of Sacramento provided SacRT with $1 million, as well as additional funds from other cities and school districts to counter revenue loss for the year-long RydeFreeRT program.

“Free fares for youth not only opens the door to opportunity, it creates lifelong public transit riders by instilling the habit at a young age,” said SacRT General Manager/CEO Henry Li. “Research shows that people who ride public transportation at a young age are more likely to use it as adults, which could have a tremendous impact on traffic congestion and air quality.” 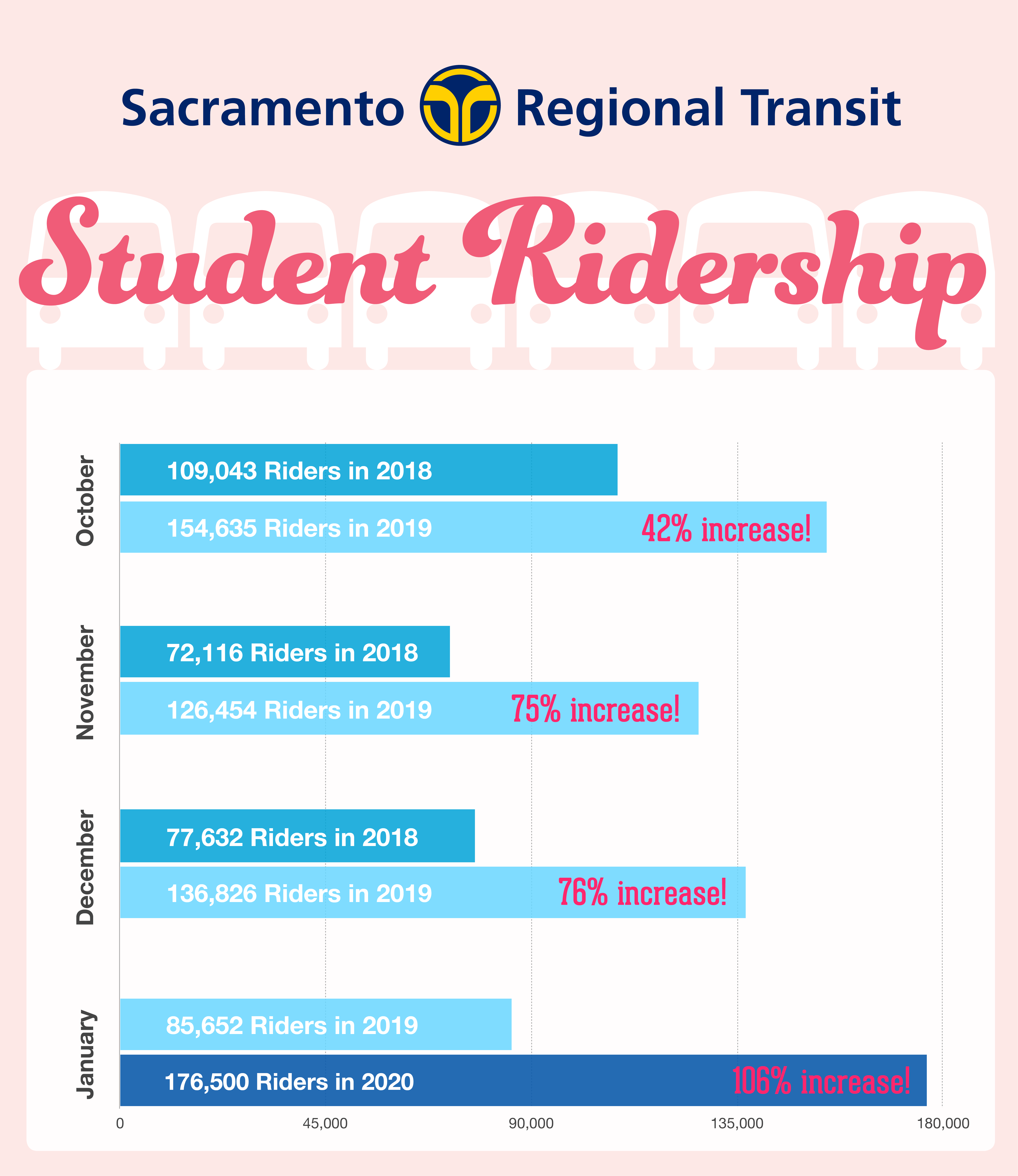 Researchers at University of Texas, Austin, who recently completed a study with three Sacramento City Unified School District schools to assess the barriers students face in traveling to school and other activities, are conducting a study on the impact of fare-free transportation on these students’ lives in areas including, but not limited to, school attendance, engagement in out-of-school time enrichment activities, participation in work-based learning, and attitudes toward SacRT in general. The study is expected to be complete this summer.

More than 300 schools in the Sacramento region are enrolled in the program. Most students automatically received a RydeFreeRT sticker with their student ID. For students and youth not attending a participating school, stickers, and cards are available for free at local Sacramento County public libraries and SacRT’s Customer Service and Sales Center.