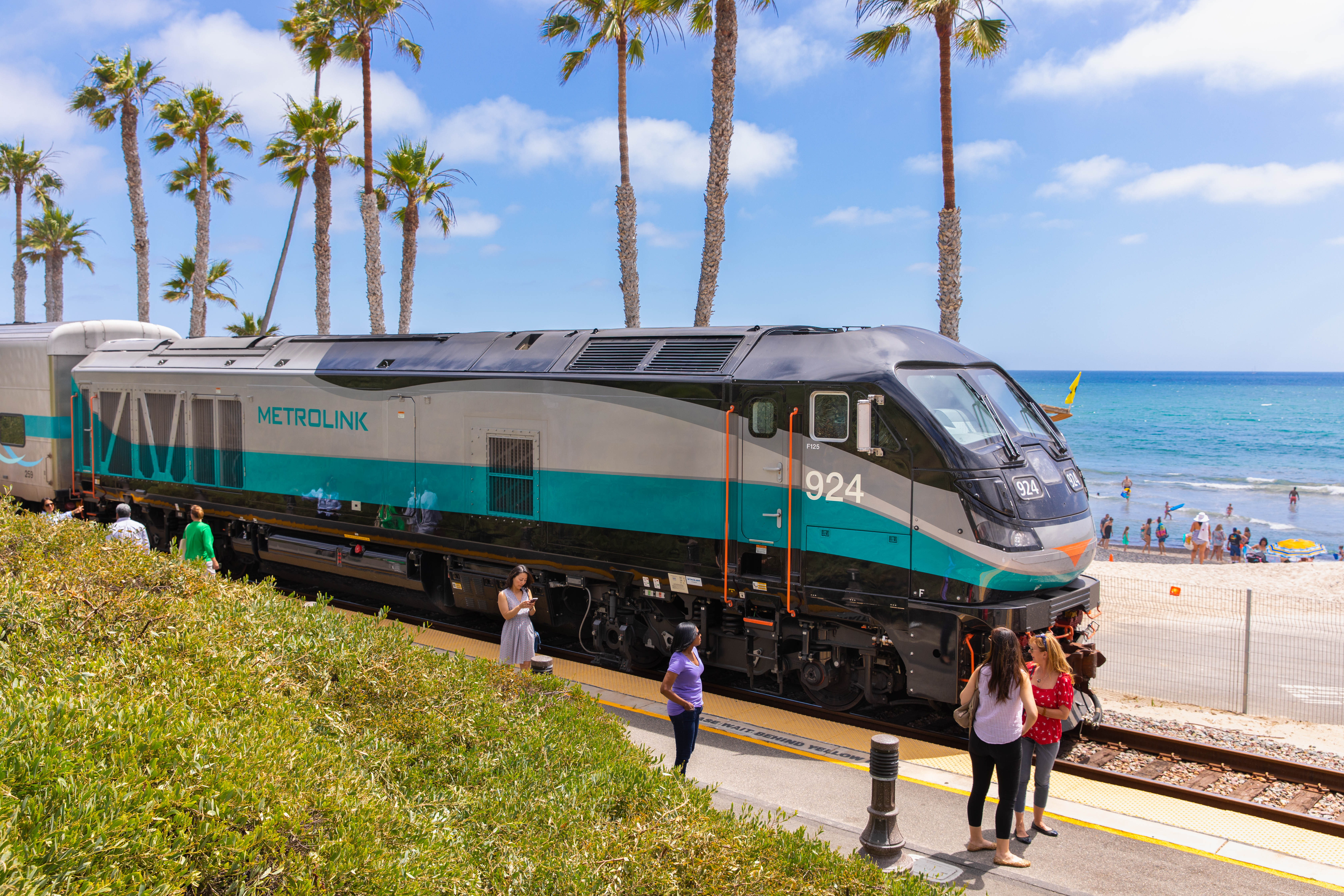 Southern California’s Metrolink has celebrated increased ridership over the last five years, culminating in a record high of 11,935,356 boardings in FY2019. When California’s stay at home order hit because of COVID-19, however, the commuter rail system saw its ridership drastically dip.

“We have identified March 11 as kind of the demarcation of when we started to see ridership begin to be impacted, which is also the date the World Health Organization officially declared this a pandemic,” explains Stephanie Wiggins, CEO at Metrolink. “Shortly thereafter, schools in the region started to close, which is when stay at home orders also started to come online and we saw a precipitous drop. So much so that by March 26, we implemented a 30 percent service reduction because our ridership was down 80 percent compared to the previous year.”

Now, with ridership stabilizing at 90% below typical Metrolink numbers, the rail operation is focusing on keeping passengers and its workforce safe.

Some of the measures Metrolink has taken include increasing the number of cleaning staff so passenger cars are cleaned more frequently throughout the day and enhancing cleaning protocols, which now include wiping down regularly touched surfaces such as doors, restrooms, head rests, armrests, handrails, tables, and trash areas using additional disinfecting products, as well as the daily use of electrostatic sprayers that mist hospital-grade disinfectant on all areas of train cars.
With these cleaning and safety measures in place, Metrolink has been focused on communicating its efforts to riders.

“We are fortunate that about 50 percent of our passengers are using our mobile ticketing app, which allows us to leverage that technology to access tens of thousands of emails,” says Wiggins. “Combined with our website user information, we have access to over 200,000 active emails that we are using to communicate our enhanced safety and health efforts on our system.”

interoperability with the freight line BNSF Railway, making it the first  commuter railroad in the nation to achieve interoperable PTC with both of its freight partners. Metrolink officially self-certified to be fully PTC operational on all its tracks in December 2018.

The implementation of PTC, plus the additional safety measures Metrolink has implemented since the 2008 Chatsworth crash, which killed 25, has been a key factor in its ridership increases. Wiggins adds that Metrolink’s focus on safety is more than a motto but has really become part of the agency’s culture.

“After the Chatsworth incident, we really wanted to ensure that never happened again, so we did everything we could to reprioritize funding so that we could meet the mandate,” says Wiggins. “We take great pride in being the first to implement PTC, not just because we have a solemn vow that Chatsworth should never happen again, but also because we get to now serve as a resource for the rest of the industry.”

Wiggins explains that Metrolink actively participates in industry forums on PTC and is part of APTA’s committee on the safety system. The agency has also hosted open house events to share best practices, and last year, hosted the National Safety Summit.

“We have worked with rail operators in the state, as well as across the country, to be a resource so we can ensure that everyone has access to this life-saving technology, because it has really made a difference for us,” Wiggins says.

“We are the only mass transit agency in Southern California that will provide service to all the planned Olympic venues, so it is critical that we do it in a first class, technologically-driven way,” says Wiggins. “The program will also help increase the capacity we will not only need when we’re on the world stage, but also to meet ridership demand leading up to and following the games.”

SCORE also accelerates progress toward Metrolink’s zero-emissions future and provides safety upgrades that will allow some cities to apply for Quiet Zones. Quiet Zones are designated stretches of track where safety enhancements have been made to grade crossings so that the routine sounding of train horns is not required.

Focusing on sustainability, Metrolink has upgraded 35 of its Tier 0 and Tier 2 locomotives to Tier 4 diesel, with plans to add another five, which are currently caught up in supply chain issues due to COVID-19. As part of its ambitious plan for 2028, Metrolink is also focused on getting its fleet to zero emissions.

“It’s a stretched goal, because zero-emission technology does not exist today in the rail sector, but we believe we can accelerate that,” says Wiggins, adding that Metrolink continues to work both internally and with industry partners to explore options, including battery-electric and hybrid locomotives.

Looking ahead
In May, Metrolink released a survey that sought to understand the motivations of current riders and the future expectations of the Essential Workers who are still riding Metrolink, as well as those riders who stopped riding once stay at home orders were given.

The survey found that seven of every 10 riders still taking Metrolink identify themselves as “Essential Workers,” with 39% saying they work in healthcare and 14% saying they work in transportation/logistics. It also found that 32% of those currently using Metrolink have no vehicle, while prior to the COVID-19 ridership drop, 85% of weekday riders reported having a car available.

More importantly, of the riders who have not been riding during stay-at-home orders, 81% say they are likely to return to Metrolink. All riders surveyed agree that enhanced cleanliness and social distancing measures are priority considerations once stay-at-home-orders are lifted.

“This is a challenging time, and I’ve been so proud of our team and our riders for taking the steps to stay safe and healthy. I am very optimistic about our future because we are learning how resilient we are not only as an agency, but also as an industry as we continue to provide an essential service for those that need it during this difficult period,” says Wiggins. “We are also learning to be more efficient, so once we are out of this stay at home situation, we are going to be an even smarter and more effective commuter rail system, which means a better customer experience. That gives me hope for our future.”