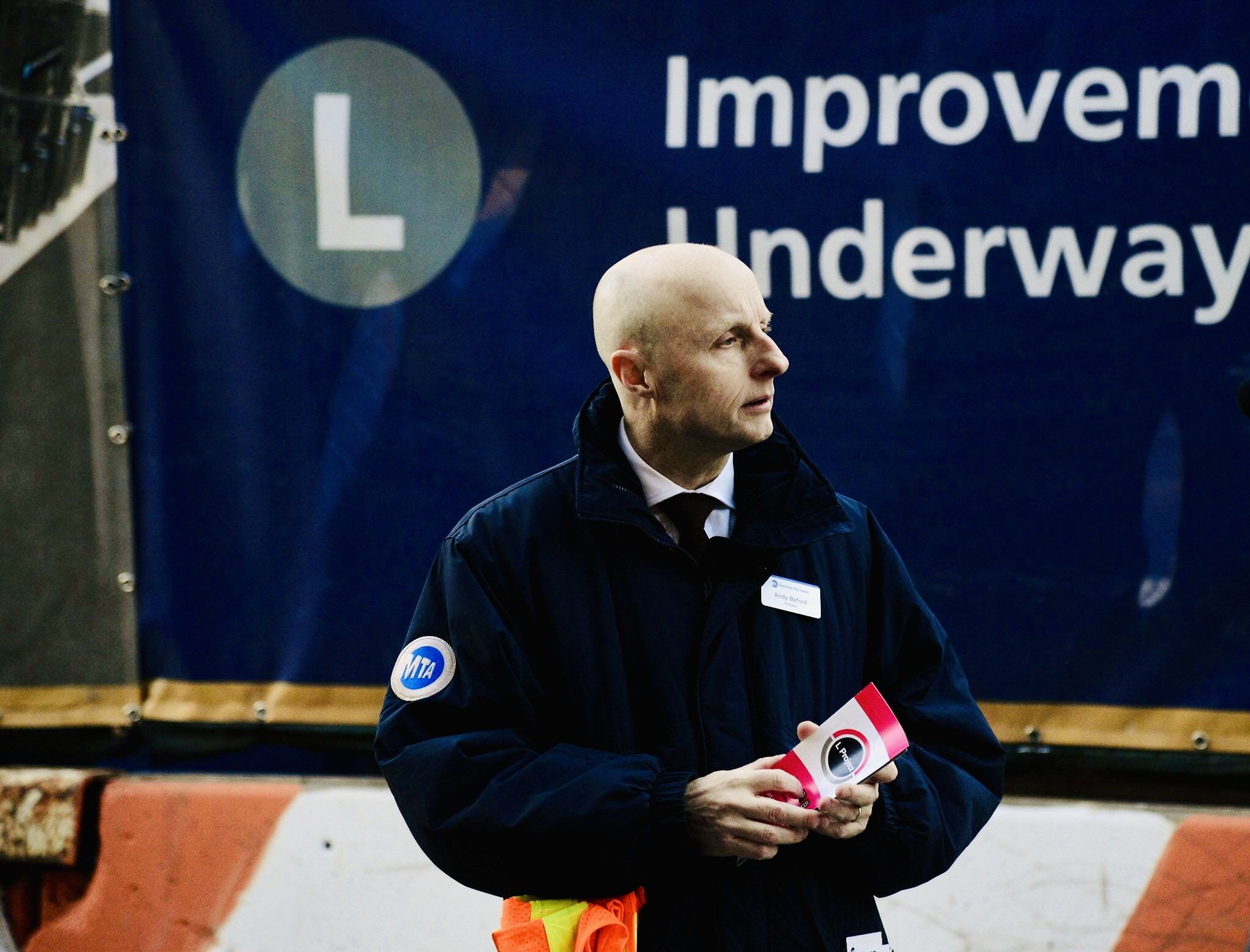 Prior to joining NYCT, Byford was CEO of the Toronto Transit Commission (TTC), where he led the third largest transit agency in North America, Canada’s largest transit agency, carrying over 540 million riders per year on bus, streetcar, light rail, subway and paratransit services. Additionally, he was COO of Sydney’s Rail Corp., where he delivered service to a million customers a day on Australia’s largest transit network. He also held positions with UK-based Southern Railway and South Eastern Trains Ltd., and the London Underground.

We asked Byford about what other transit systems he looks to for inspiration and what NYCT projects he’s excited about.

What were your early career aspirations?
On joining the London Underground, 30 years ago this October, I always wanted to work in customer service and operations. That has influenced how I have built my career at various transit companies across three continents.

Very early in my time at the Tube, I served as personal assistant to the legendary Passenger Services Director, Ian Arthurton. That role gave me an insight into high-level decision-making at a very early stage in my career and it steeled my resolve to one day have a crack at a top job where I could hopefully make a difference. 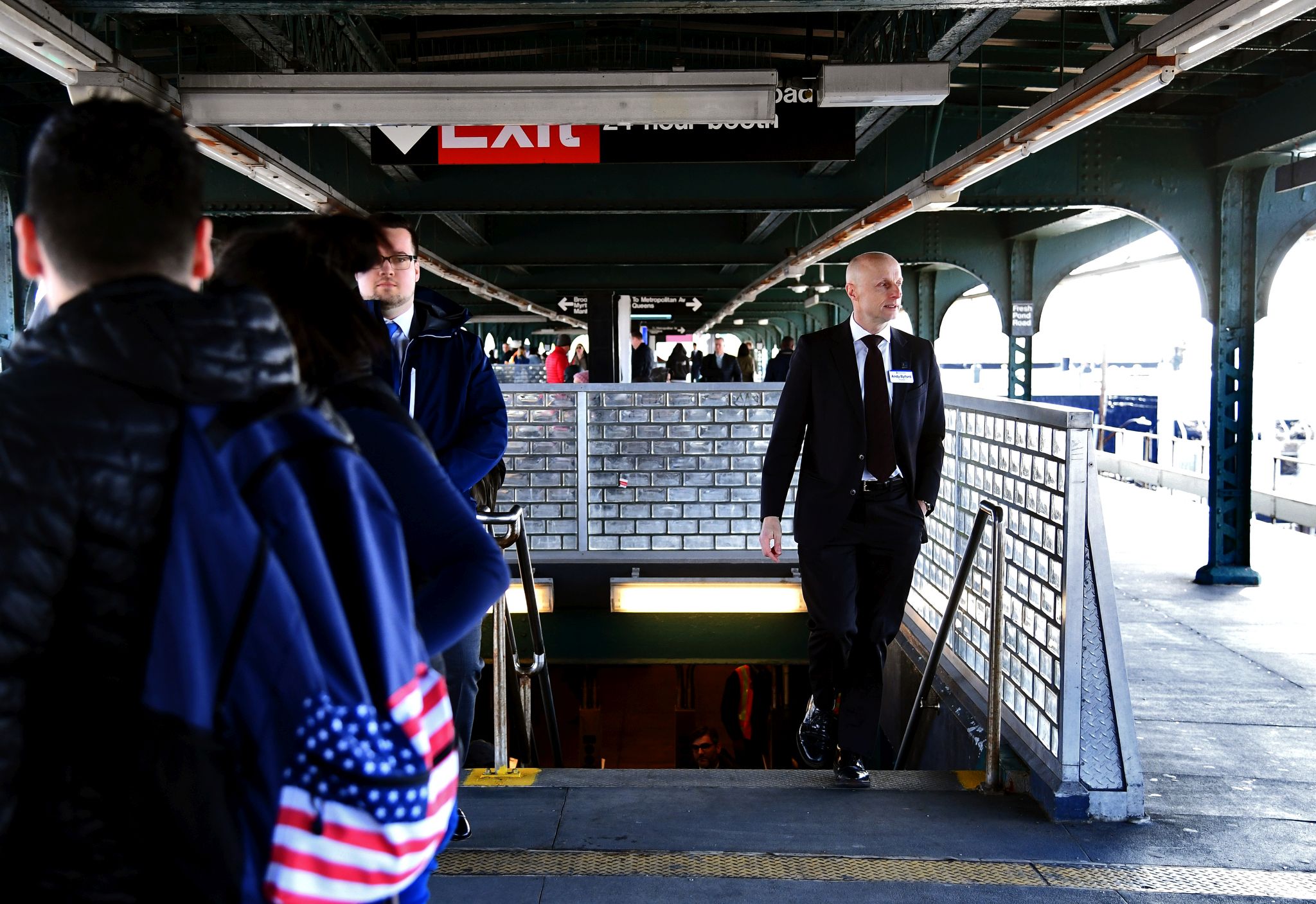 How has an early job influenced your current position?
My time as Group Station Manager (GSM), King’s Cross, seared into my psyche, that one can never relax or cut corners when it comes to safety. The memorial service for the tenth anniversary of the terrible 1987 King’s Cross fire took place at the station while I was GSM and I was struck by the intense poignancy of the occasion.

Seeing the grief of the relatives and survivors, ten years on, I resolved to always put customer and colleagues’ safety first and that remains the case to this day. I have since introduced the GSM concept in two separate organizations — to obsess about safety and customer service where it matters, at the coalface.

Discuss an accomplishment you are proud of.
Winning the American Public Transportation Association Award with the Toronto Transit Commission in 2017 was the culmination of six years’ hard work by everyone at the Commission as we set out to create a transit system that made Toronto proud.

"Winning the APTA Award with the Toronto Transit Commission in 2017 was the culmination of six years’ hard work by everyone at TTC..."

In 2012, we launched the TTC’s inaugural Corporate Plan to drive up every aspect of performance and to deliver a number of major projects concurrently. These included the opening of a new, six-station, subway extension, progressive roll-out of automatic communication-based train control (CBTC), the introduction of a new streetcar fleet and transition to a smart card fare payment system.

We also made a conscious effort to change the culture of the TTC to be customer-led and to create a management team that reflected the diverse city it served.
In honoring the TTC, APTA cited the breadth and extent of progress made in these projects, in our culture change and on the strength of data-proven operational improvement. It was exhilarating to accept the award on behalf of the company and to dedicate it to the 14,000 men and women of the TTC that deserved the credit.

What moment/event had a profound effect on your career?
Similar to my experience at King’s Cross, I once met — by chance — a very senior railway executive who had just given evidence at a Coroner’s Inquest following a tragic UK rail accident. When I became Operations and Safety Director for a UK train operating company a few years later, I remembered the words of that executive, specifically him hoping that I never had to go through what he was going through.

This was sobering advice that I have never forgotten, and it taught me that the concepts of guilty knowledge and due diligence should be guiding principles for a transit executive, wherever they are employed.

Discuss a current initiative you are excited about.
I am immensely proud to be President of New York City Transit. The NYC bus and subway network and the 50,000 people that keep New York moving are just amazing.

"We have built a world-class team to deliver fundamental renewal of the network: re-signaling the subway with state-of-the-art CBTC; modernized stations; full subway accessibility; and a reimagined bus network."

Within 100 days of us coming together as a team, we developed and launched Fast Forward, the plan to modernize every aspect of New York City Transit.

This plan has two principal work streams. The first challenge is to exponentially improve subway, bus and accessible transit performance on the existing network, and I am very proud of what the team has achieved so far. Subway punctuality has improved by more than 20% by focusing on operational basics and we are making huge inroads into the other modes, too.

In parallel, we have built a world-class team to deliver fundamental renewal of the network: re-signaling the subway with state-of-the-art CBTC; modernized stations; full subway accessibility; and a reimagined bus network.

The plan has really captured the imagination of New Yorkers, elected officials, advocacy groups and the media and it was fantastic to see the MTA Board recently approve a groundbreaking $40 billion five-year Capital budget to make it a reality. Not bad after a standing start in January 2018. 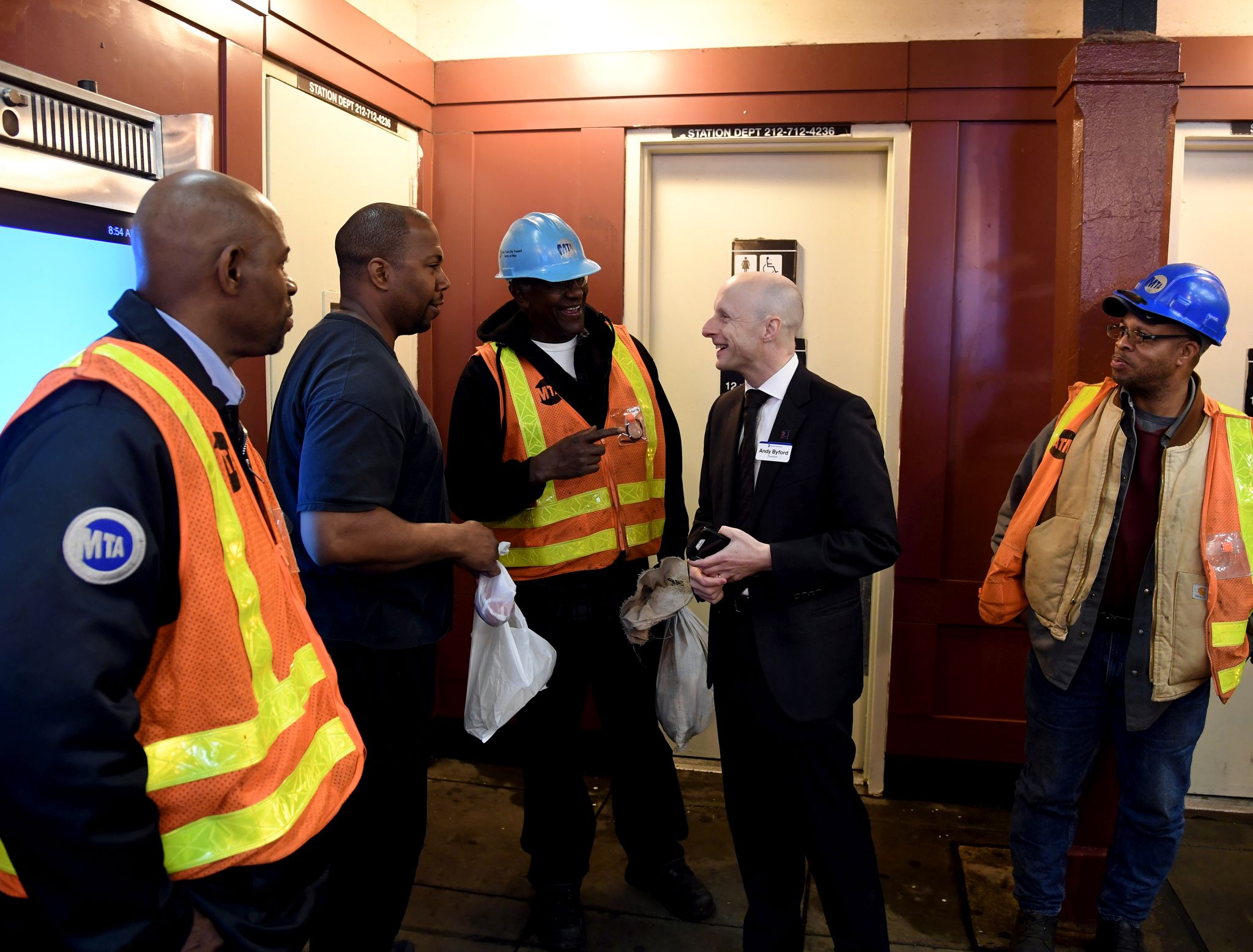 Who in the transportation industry inspires you?
Mike Brown, Commissioner for Transport for London. Mike was my boss in three separate roles at the Tube and he has done an amazing job, both as anaging Director of the Underground and more latterly as Commissioner. I consider him both a role model and a great friend.

What transportation systems outside of the U.S. do you see as a role model?
In terms of bus and subway networks, I think London, Paris and Hong Kong are right up there in terms of quality of service and multi-modal integration. Sydney — where I worked as COO for three wonderful years — is also a great system.

I have always thought that the aviation industry is a good role model, in that multiple departments must do their job to get a flight away on time. Just like public transit, airlines and airports must get the basics right, every time, in order to provide punctual, quality service

"I have always loved being at sea and I thought long and hard about trying for the Navy before going to university from where I joined the [London Underground]."

What do you like to do outside of work (hobbies/favorite pastimes)?
I am a lifelong supporter of Plymouth Argyle Football Club, having seen my first game in 1978. It’s a complete obsession, to be honest and I still have a season ticket even though I live in New York. I only get to sit in my seat a couple of games a season, but I watch every game live, via the internet, every Saturday morning so I still get my fix, albeit from the other side of the Atlantic.

Aside from that, Alison [my wife] , and I love traveling, eating out and seeing new places.

If you weren’t in public transportation, you would be ...?
In the Navy. I grew up in Plymouth [ a port city in Devon, England], home to half of the fleet and a city with a rich naval heritage. I have always loved being at sea and I thought long and hard about trying for the Navy before going to university from where I joined the Tube.

My wife and I own an apartment that looks straight out onto Plymouth Sound so I still get to see the ships coming and going from Devonport Naval Base. Plymouth — and Ottawa where Alison is from — are magical places for us and we get back to each as often as we can.