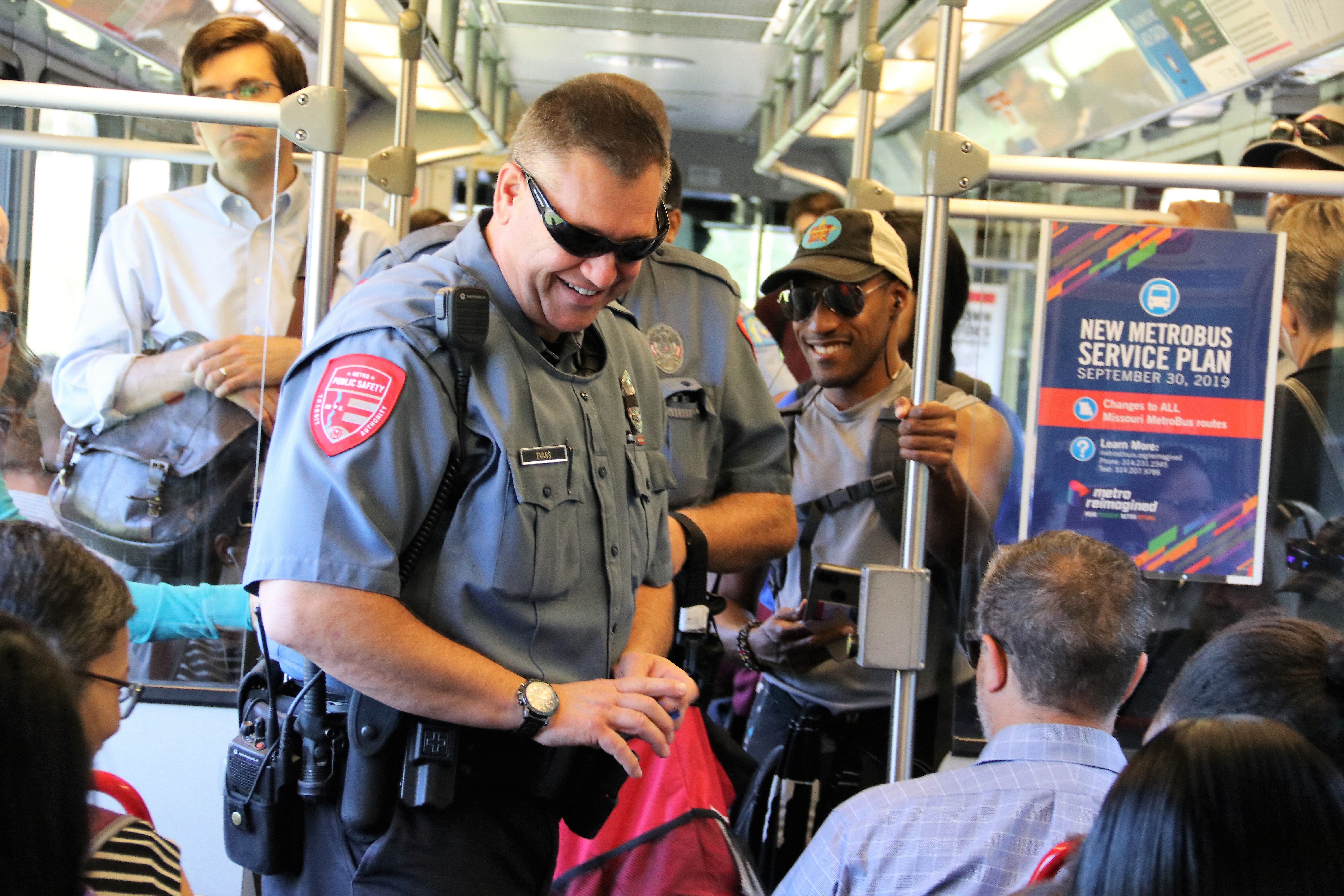 Contract security guard services will be provided on the St. Louis-based Metro Transit system by a new company beginning on April 1. Global security firm G4S Secure Solutions competed for and was awarded the contract which was approved by the Bi-State Development Board of Commissioners in December 2019. Bi-State Development operates the Metro Transit system in eastern Missouri and southwestern Illinois.

Metro Transit is working with G4S to implement a mobile deployment strategy that more adequately reflects the travel of its transit customers. It was announced initially that G4S would start on February 1. That date was adjusted to April 1 to allow for a more reasonable time frame for the hiring, background checks and the training of G4S security guards who will be assigned to the Metro Transit system.

With these new uniforms, Transit Security Specialists are easier to spot as they patrol the system and engage with passengers, providing a more visible and accessible security presence on MetroLink trains, MetroBus vehicles, at MetroLink stations and at Metro Transit Centers. The team is becoming more visible and more importantly, the uniforms help reassure Metro Transit passengers that Transit Security Specialists are on the transit system looking out for them.

The new highly visible uniforms and the new contract with G4S are just two of the many changes that Metro Transit has been working closely on with the East-West Gateway Council of Governments, WSP, regional elected officials, and Metro’s three professional police departments – St. Louis County Police, St. Louis Metropolitan Police and St. Clair County Sheriff’s Department. The group is in the process of finalizing a regional security plan that is scheduled to be completed next month.