A new study titled “Understanding How Women Travel” was released by Los Angeles-based Metro this month. The report is the first of its kind by a transit agency in the U.S. and is a broad effort that doesn’t pull any punches when it comes to pointing to challenges faced by women when using the Metro system — from traveling with kids and strollers to safety to fares.

The report’s findings confirm much of what we already know: women have different mobility needs, travel patterns and commute demands and some women feel unsafe using Metro for a variety of reasons. But we now have far more detailed data — gleamed from several sources, including focus groups and Metro’s customer surveys — on specific concerns and where there may be room for improvement, whether it’s better lighting at stations and stops and surrounding areas or having a more visible police or security presence.

It’s important to understand the report is a first step. It’s a building block, in other words. With the findings from this study, Metro will next create a Gender Action Plan that will recommend specific actions to improve women’s travel experiences on our system. Those could include upgrades to the design of bus stops, train stations and vehicles — as well as improvements to service and safety. The report also includes some best practices that Metro can draw from other transit systems around the world.

We also think it’s worth adding some context: while it’s good to acknowledge there’s room for improvement, the Metro system carries about 1.15 million boardings on the average weekday and many women and men successfully use the system without incident each day.

Among the report’s findings: 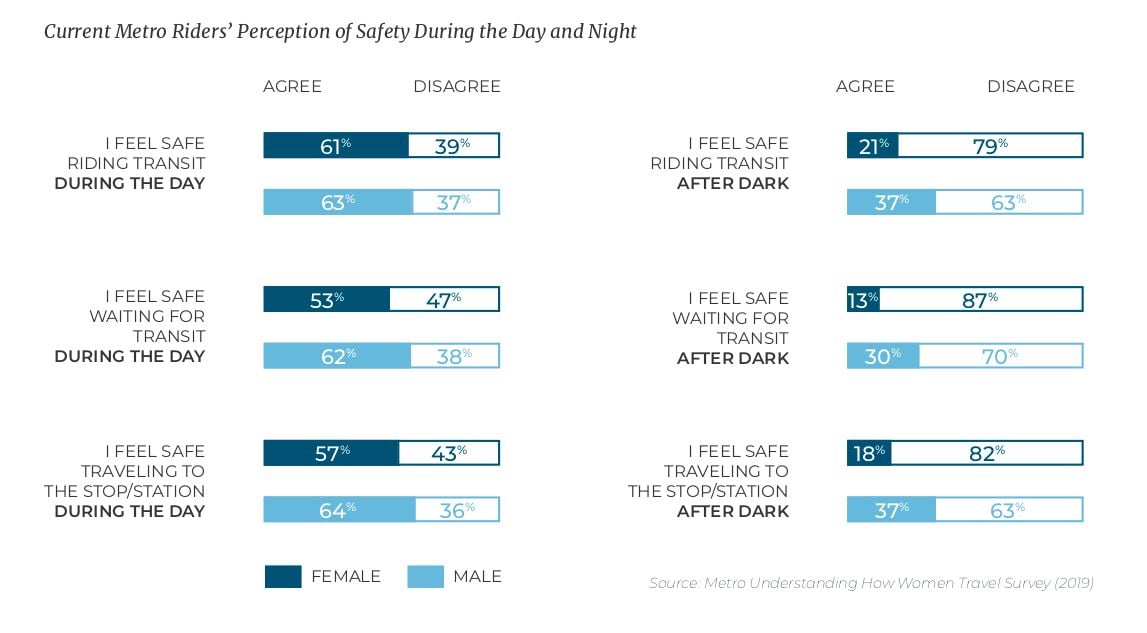 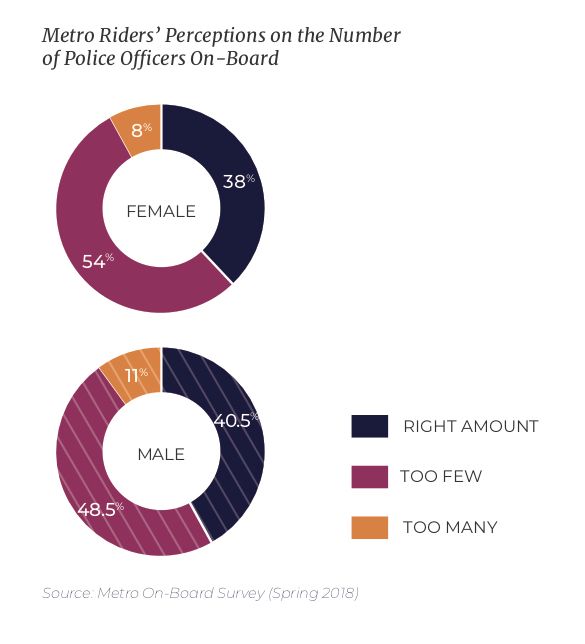 From the report: “These experiences cause women to alter their travel behavior — sometimes leaving hours ahead of time due to unreliable service, using ridesharing services instead of transit due to infrequent service at night, carrying a flashlight to ensure that they are not passed up by operators while waiting in the dark, or even sleeping at the bus stop because service does not start running until several hours after they get off work.” 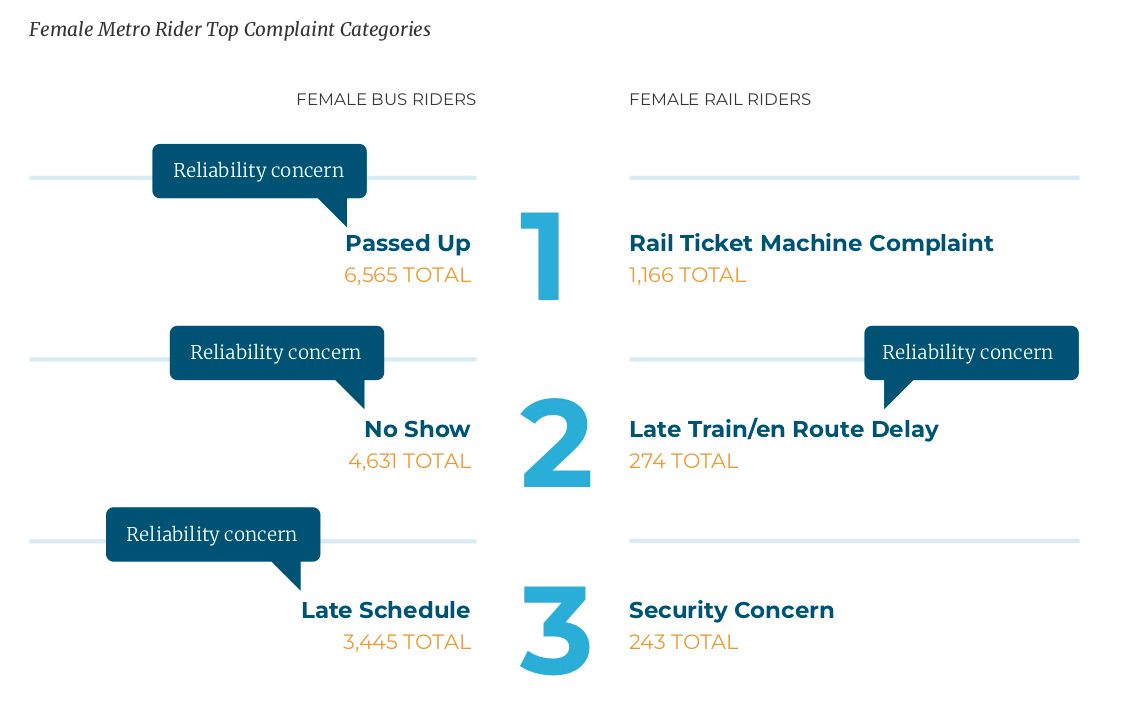 The next step for Metro is to develop a Gender Action Plan, which will:

This blog was originally posted on Metro's The Source.