In July 2017, both the Islamic State of Iraq and (greater) Syria (ISIS) and al Qaeda in the Arab Peninsula (AQAP) urged their followers to derail trains around the world. AQAP even provided detailed instructions in their online magazine regarding how to make a derailment device. But did this lead to an uptick in derailment attempts over the past year? What has been the overall pattern and trends related to rail sabotage and attacks over the past few decades? New research, “Train Wrecks and Track Attacks: An Analysis of Attempts by Terrorists and Other Extremists to Derail Trains or Disrupt Rail Transportation,” from the Mineta Transportation Institute’s (MTI) National Transportation Security Center examines these questions.

Brian Michael Jenkins and Bruce R. Butterworth oversee MTI’s database of all terrorist and serious criminal attacks against public surface transportation, including rail. Since 1970, there have been more than 1,000 attempts to derail trains and otherwise attack rail infrastructure. Of the 282 attempts to derail trains, 42% led to derailment with more than 1,000 total fatalities and over 3,000 total injuries.

...adversaries are increasingly going after surface transportation targets, but are concentrating on easier modes of attack.

To examine differences in motives, objectives, and modes of operating, Jenkins and Butterworth looked at four specific groups of perpetrators: an assemblage of anarchist and environmentalist extremists in Europe; Maoist guerrillas in India; separatist insurgents in southern Thailand; and jihadists worldwide. According to Butterworth, “these particular attackers were chosen because they have engaged in continuing campaigns which account for approximately one-quarter of attacks since 1970.”

Although derailments have increased over time, these types of attacks have not increased nearly as much as all other attacks on passengers in all surface transportation targets, including passenger trains and stations, buses and bus stations and stops, and passenger ferries and ferry terminals. This suggests that adversaries are increasingly going after surface transportation targets, but are concentrating on easier modes of attack. 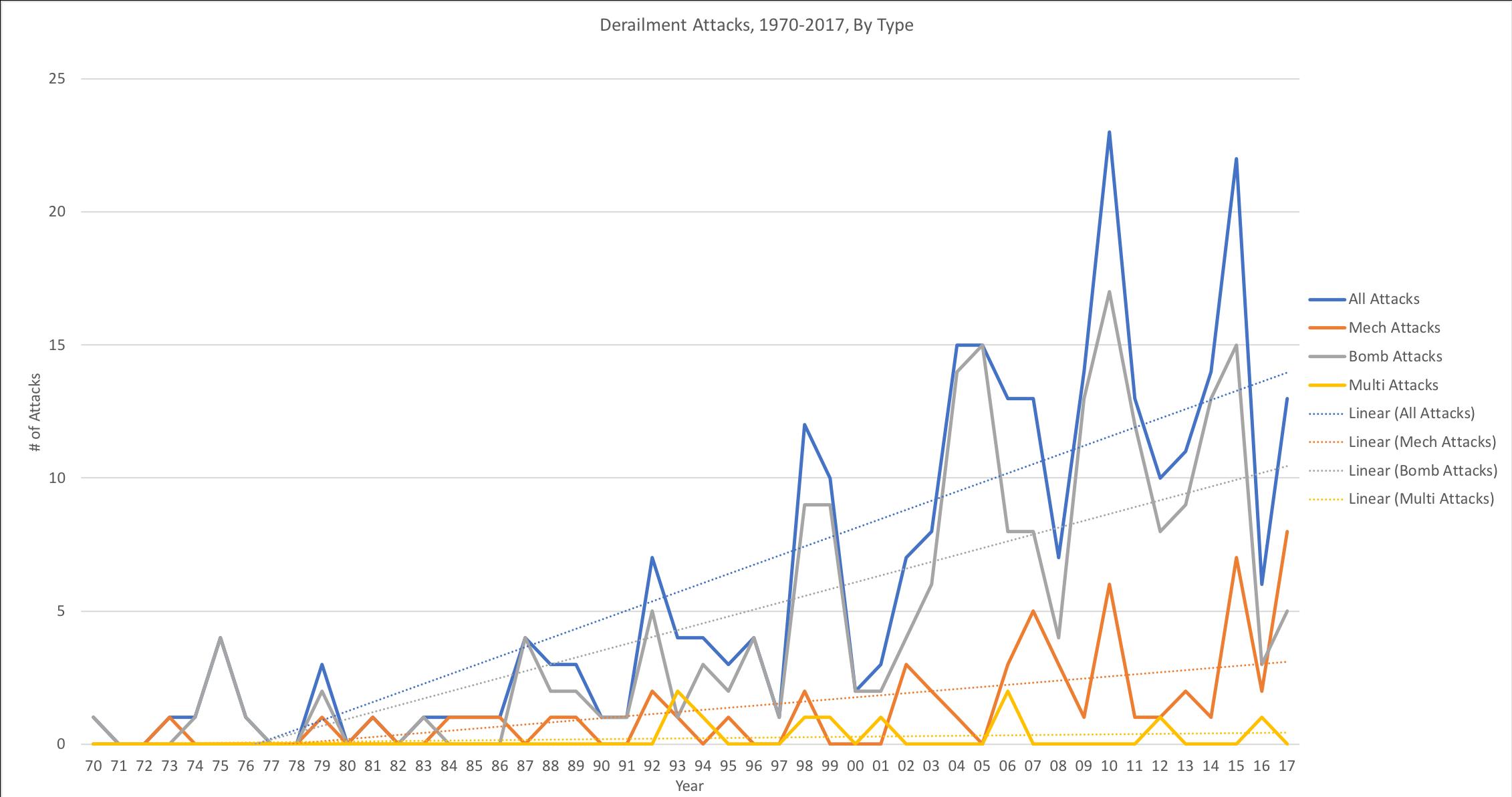